Three months have flown by at the speed of warp travel!
It feels like only yesterday that we released our first teaser trailer. We were biting our nails reading your first reactions, and, to our relief, you guys and gals loved it!
Let’s look back to where it all started.

Shortly after the trailer, we couldn't resist showing you the Key Art for the game. So far, we've introduced you to only one companion from this art, Navigator Cassia Orsellio. 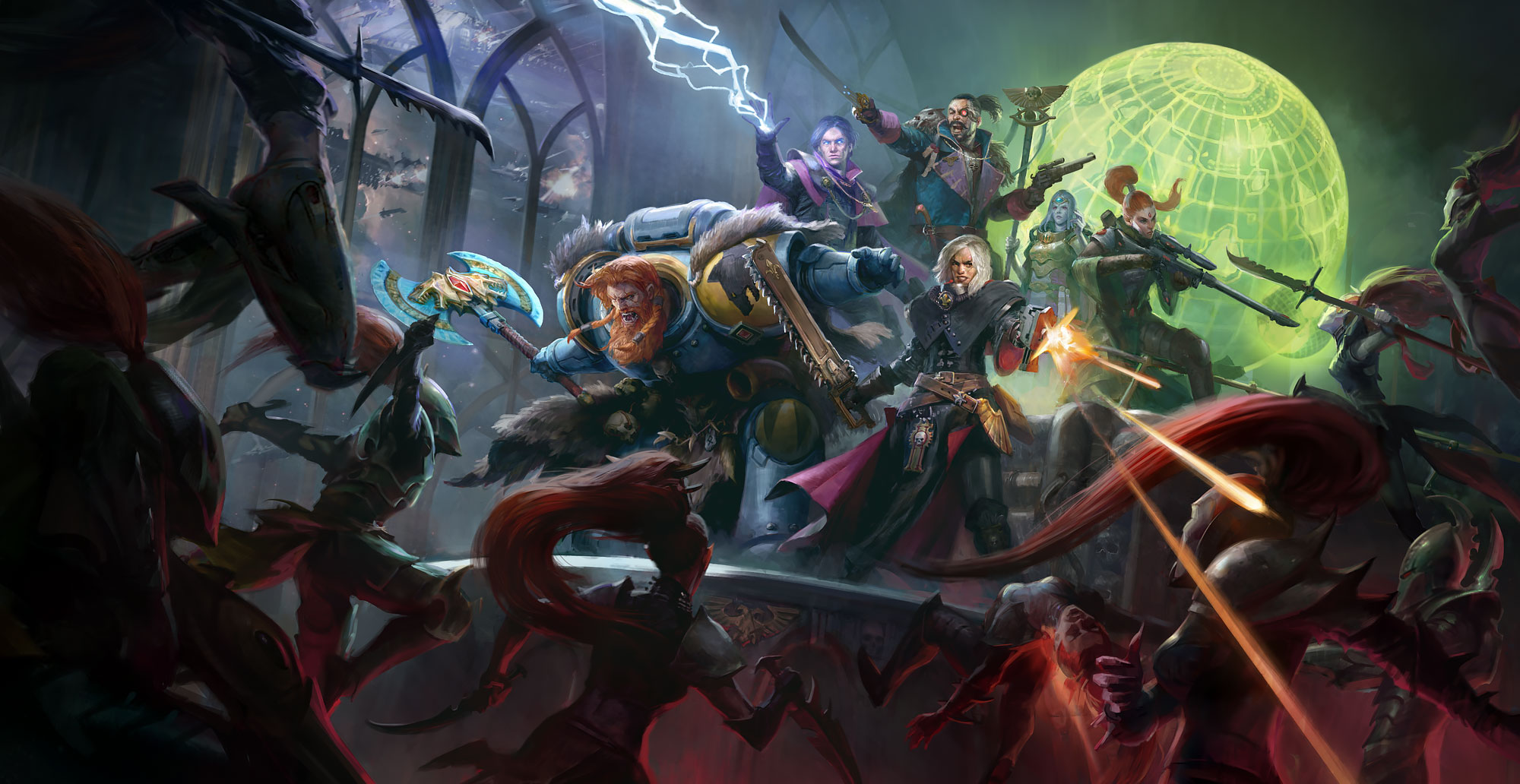 What about the rest? Well, a little patience is always a good thing, Lord Captain. Our serfs are still working on documenting their glorious deeds, and you will get their dossiers quite soon. But hey, this Space Wolf chap looks like he would make a good friend, doesn't he?

Speaking of companions and characters from the game, we've already got you every single bit of available information we can.
For example, your predecessor, Theodora von Valancius – in case you were wondering, she was the one shown flying into some [REDACTED] in the trailer!
And she wasn’t alone in that endeavour. Accompanying her you can see two crew members who, for one reason or another (heavy spoilers, sorry), follow you now!

Abelard the Seneschal – old, trustworthy, and master of all things on board your voidship – and Idira the unsanctioned psyker who is haunted by the whispers in her head. Check out their stories. If Theodora trusted them, then you probably should too.

And there’s even more! The highborn Navigator Cassia and Pasqal the Explorator, are also joining the crew and will play a pivotal role in it. It's pretty obvious why you’d want a guy who understands how mechanical things work aboard your voidship. But Cassia? Well, we wrote a whole article explaining why Navigators are an essential part of warp travel. If you are new to Warhammer 40,000, it's a good read.

Enough about companions – what about you, Lord Captain?
Well, we gave you a sneak peek of the backgrounds for the main character. We can't say how they will function gameplay-wise just yet, but we can reveal how some of them will look!
Here's concept art for the three backgrounds.
A navy officer with the most glorious hat imaginable, a commissar with a moustache to die for, and a scrawny ex-criminal. 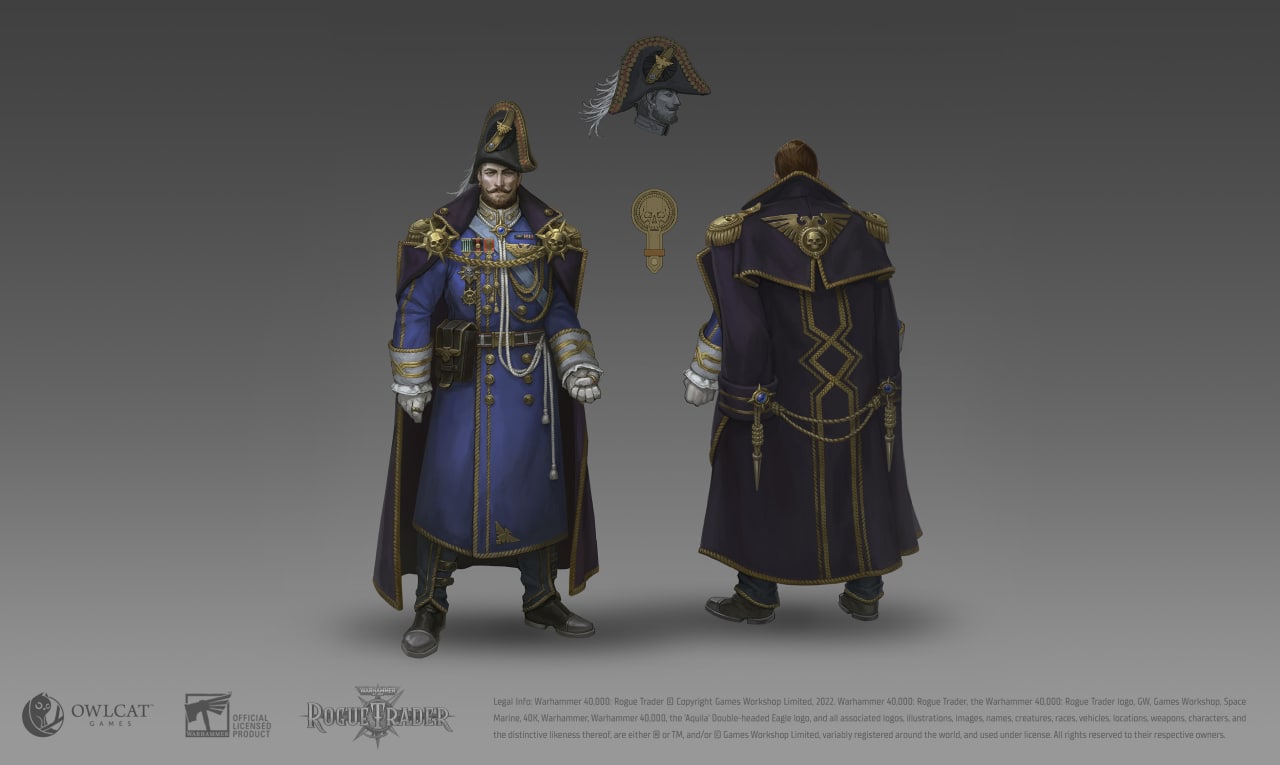 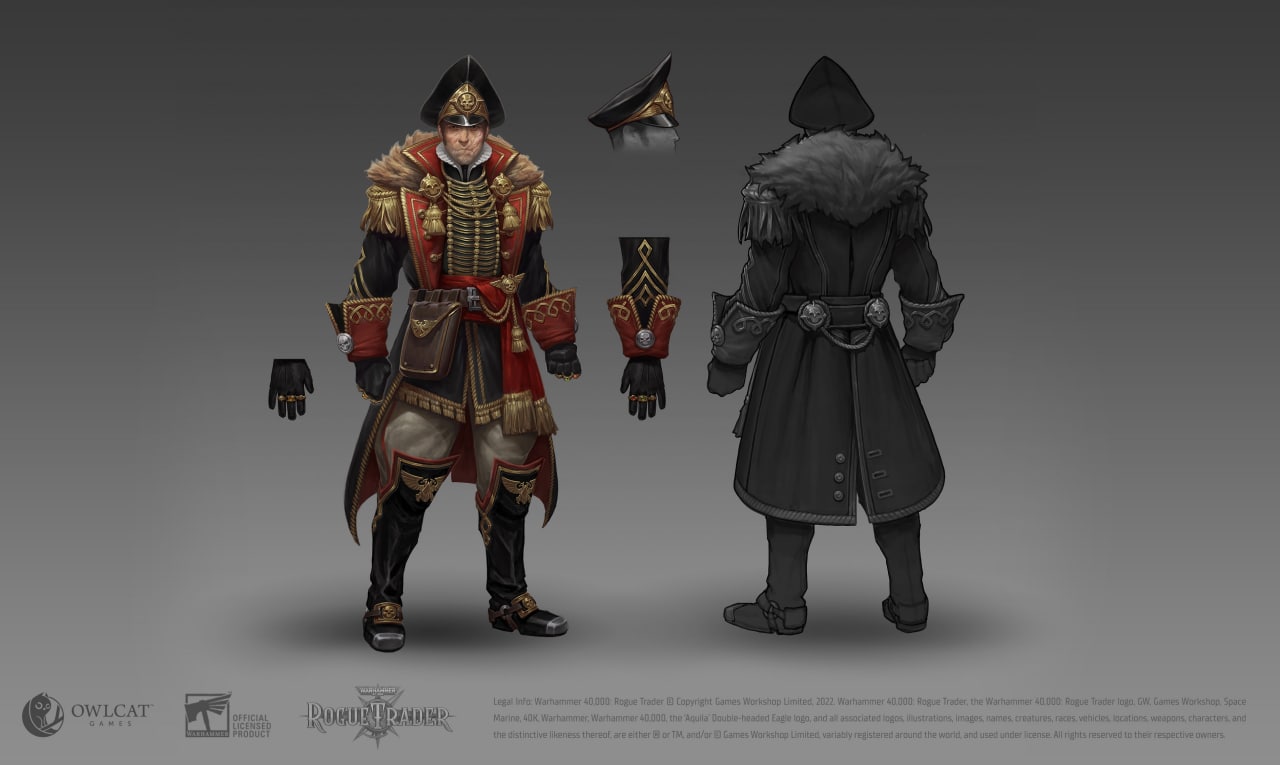 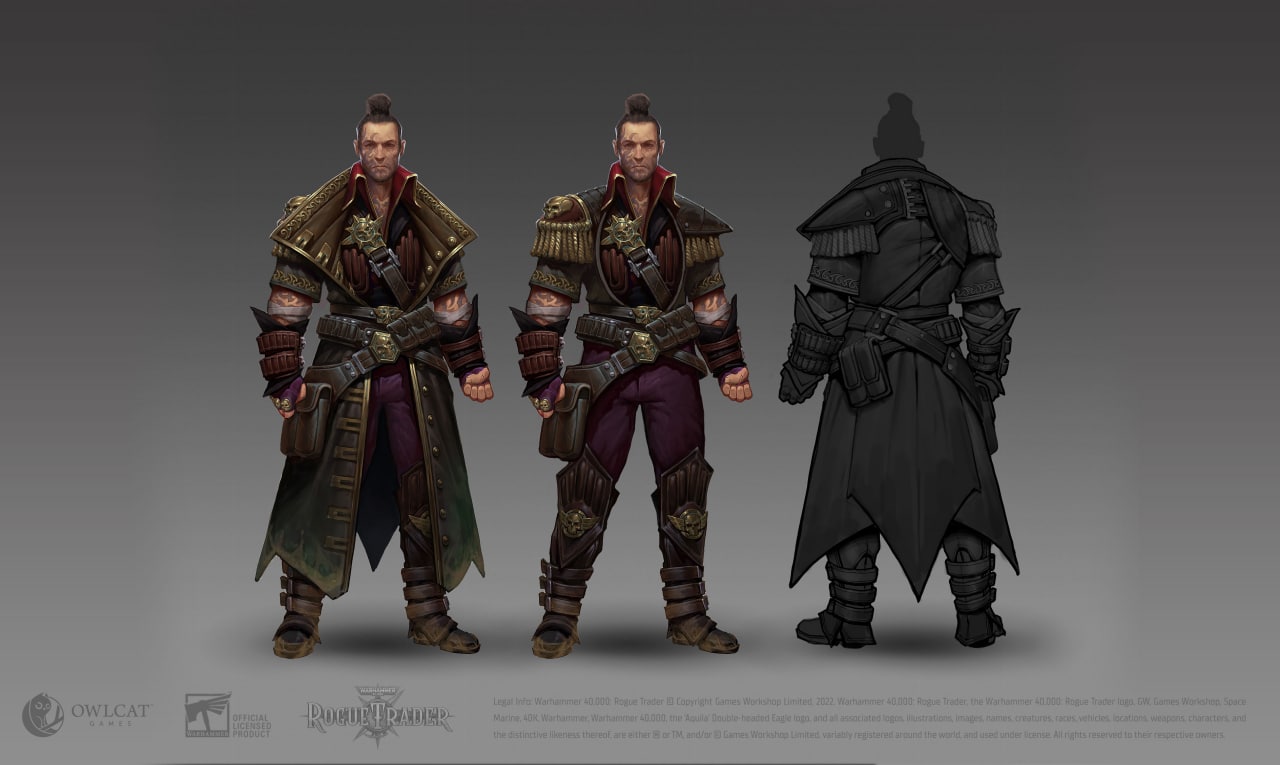 And we've already started to show some portraits of those backgrounds.
As we can see, the moustache lives up to the concept art, the hat looks just as good on a woman as on a man, and the ex-criminal could steal just about anyone’s heart. Cool beans! 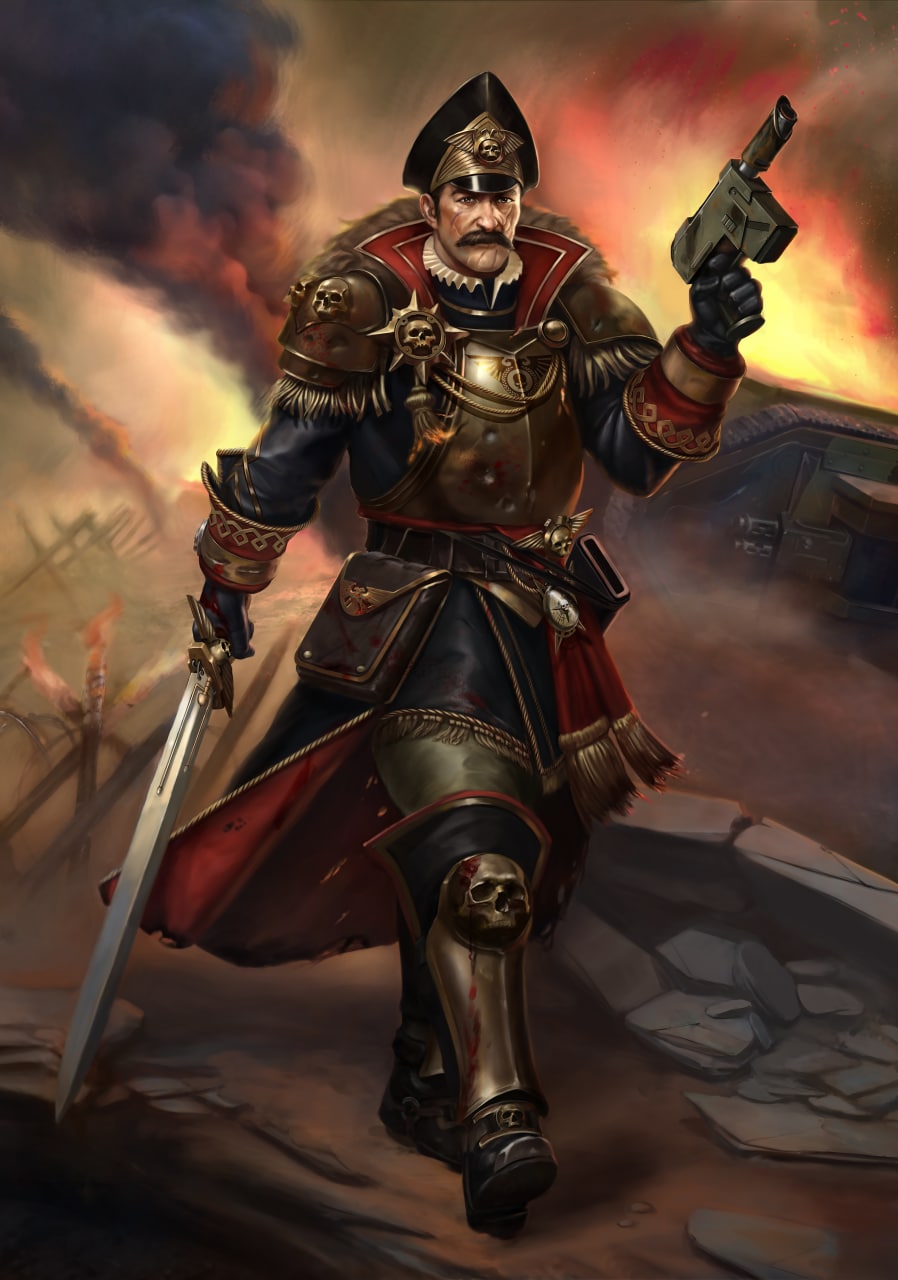 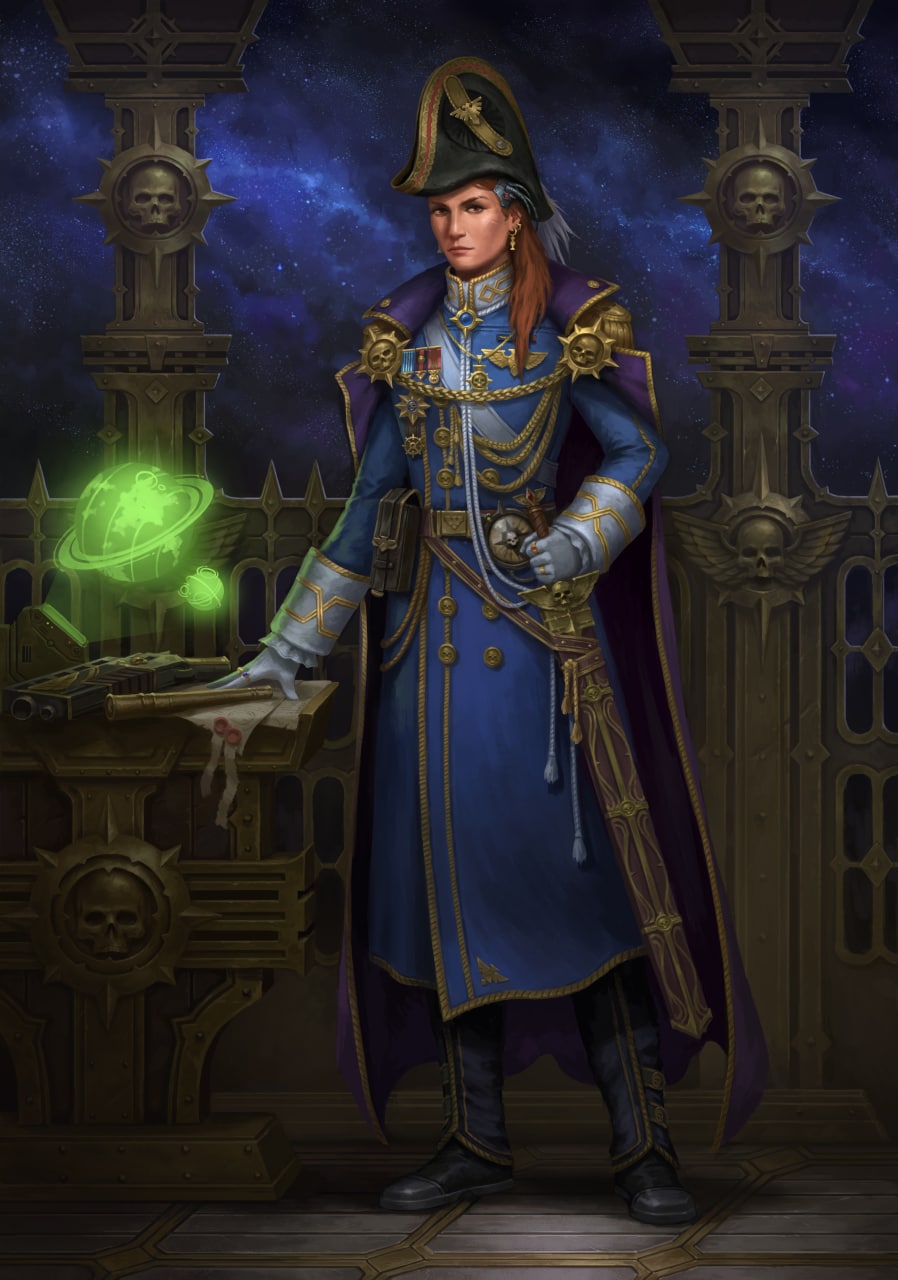 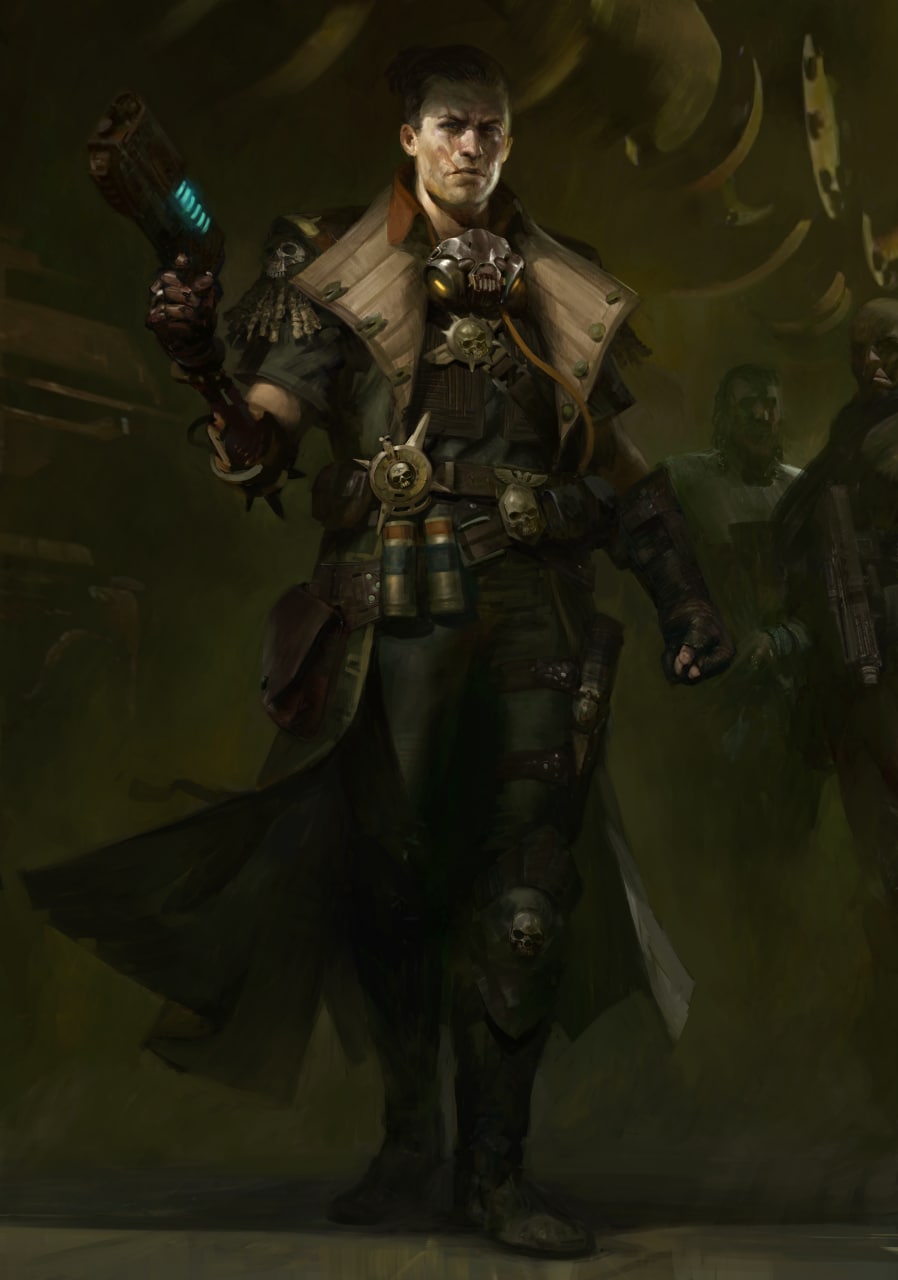 Did you think you’d be limited to only those three backgrounds? Wrong. We’re Owlcat Games – we have a reputation to uphold. As time goes by, more and more backgrounds will see the light of our social media, so stay tuned!

But enough about our party. Who are we fighting? Well, the roster of enemies is going to be huge. It looks like it could be the biggest out of all our games so far.
Let's kick things off with the Aeldari. Both Asuryani and Drukhari will be present in our game. As you can see with the Farseer, our Asuryani are from a far-flung craftworld. Some of you guessed Iybraesil, and we have to admit, there are some colour similarities, but no, this craftworld was specially created for our game. 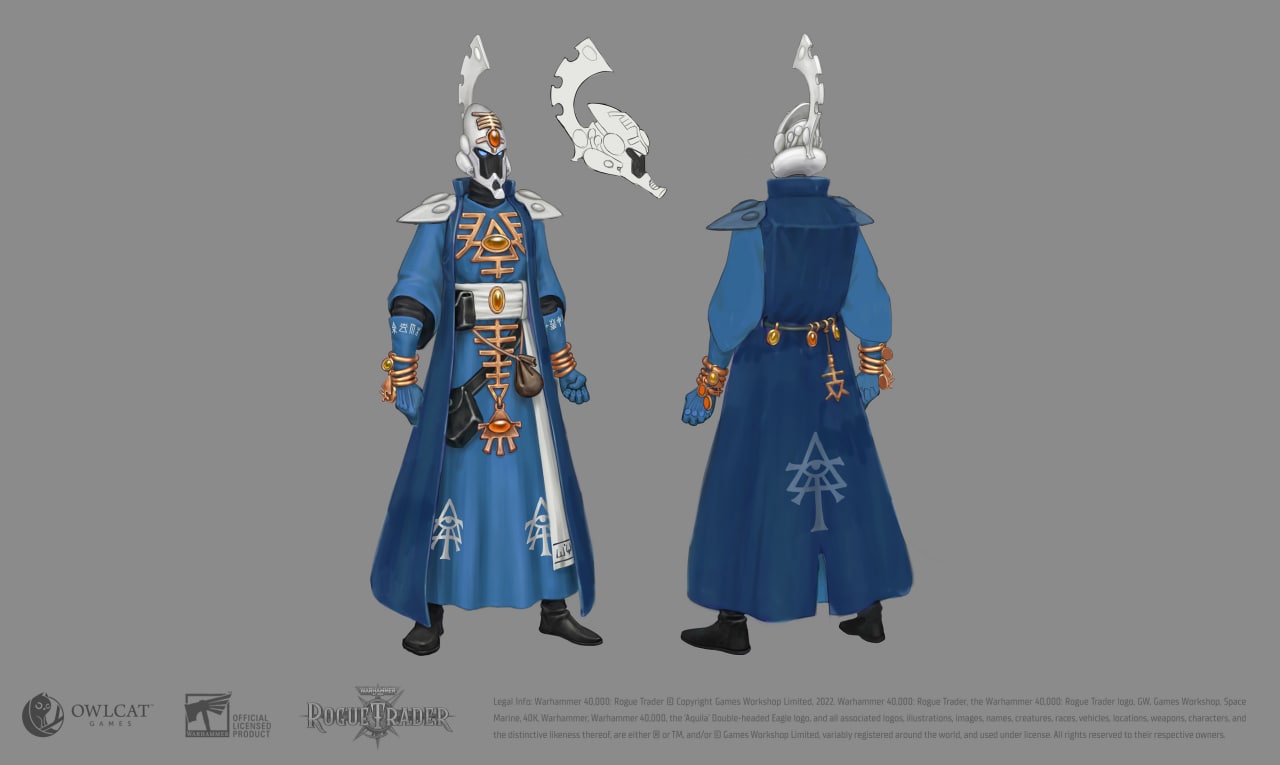 Masters of prediction, the Farseers are the strangest and most visionary of a craftworld’s advisors. Even in battle, they can perform their divinations, casting the complex wraithbone runes of the Asuryani into the air and interpreting changes as the glowing icons orbit around them.

And as for the Drukhari, you saw them in our Key Art and trailer, you know the galaxy's favourite murderous maniacs will be present. And they are going to deliver. 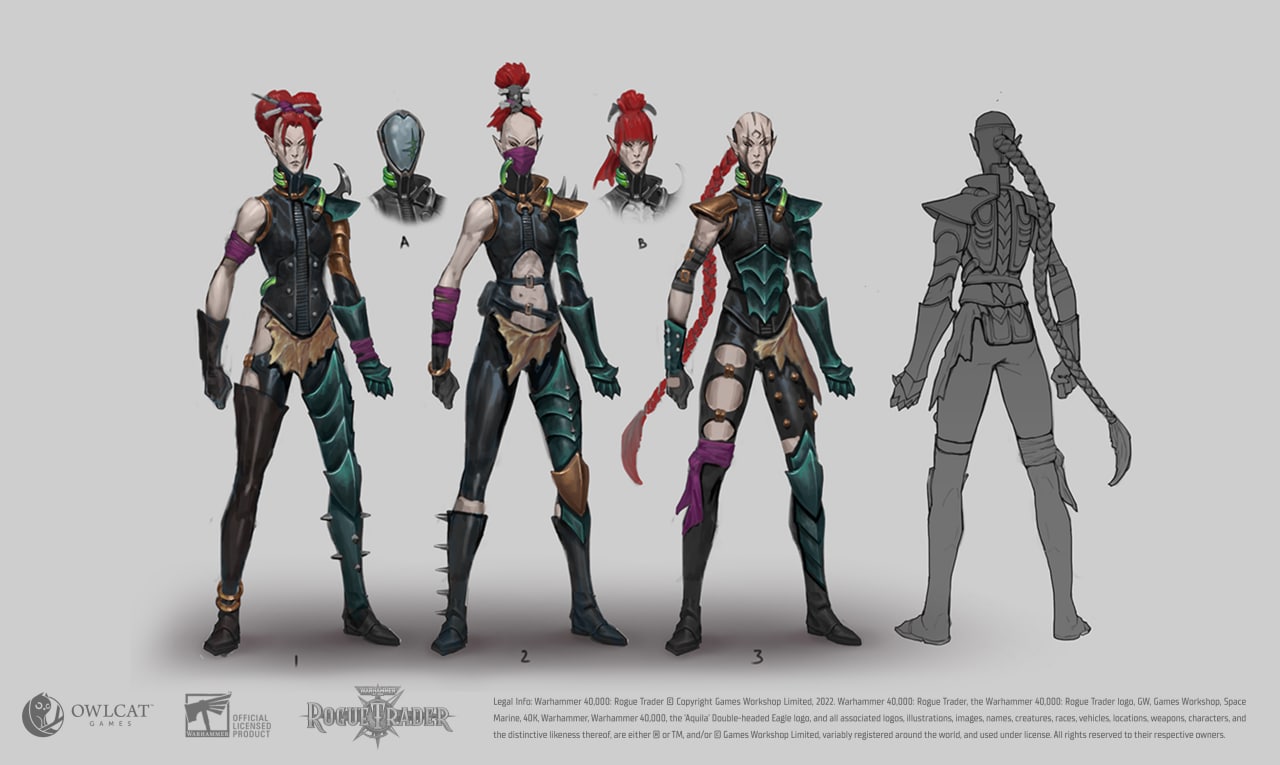 Wyches are one of the iconic things about the Drukhari. Gladiatorial fighters and athletes without equal, Wyches are true artists of physical combat. Fast, agile, and mind-blowingly cruel. Each and every one of them is truly a master of combat who wields a wide array of deadly weapons. 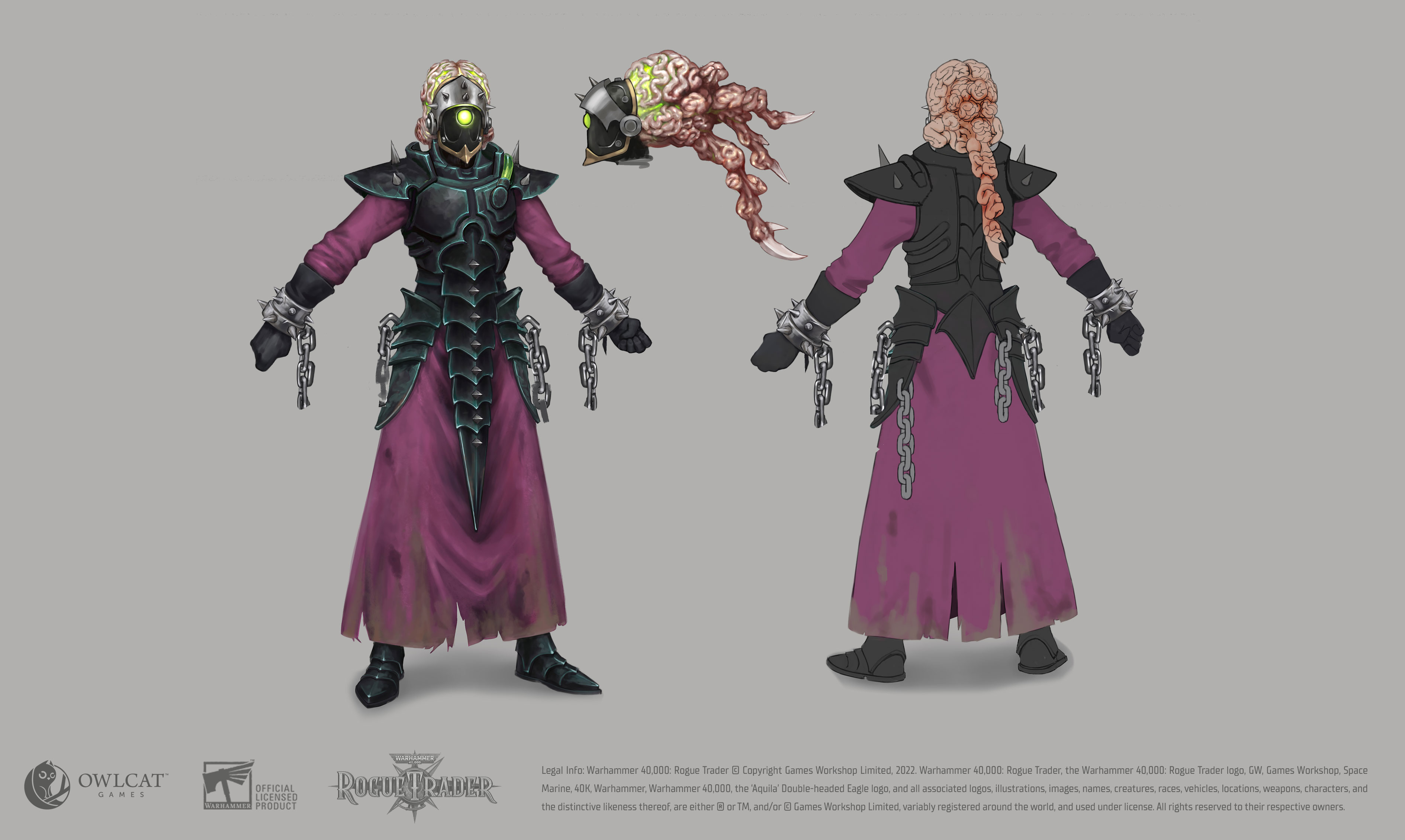 These visored host beings are used to record the roiling emotions of the battlefield and are known as Medusae. These highly empathic parasites look like a collection of brains and spinal cords one atop another, feeding on daydreams and nightmares. Consuming one of the Medusae’s brain-fruit brings back all the vivid and anarchic emotions of a raid as if they were happening then and there.

The Aeldari are awesome – no one’s trying to argue with that. But you know what else is cool? Chaos. There could be no true Warhammer 40,000 game without some Chaos in it. Let us show you just a little part of the forces of the Chaos Gods who will terrorise your party in the game. 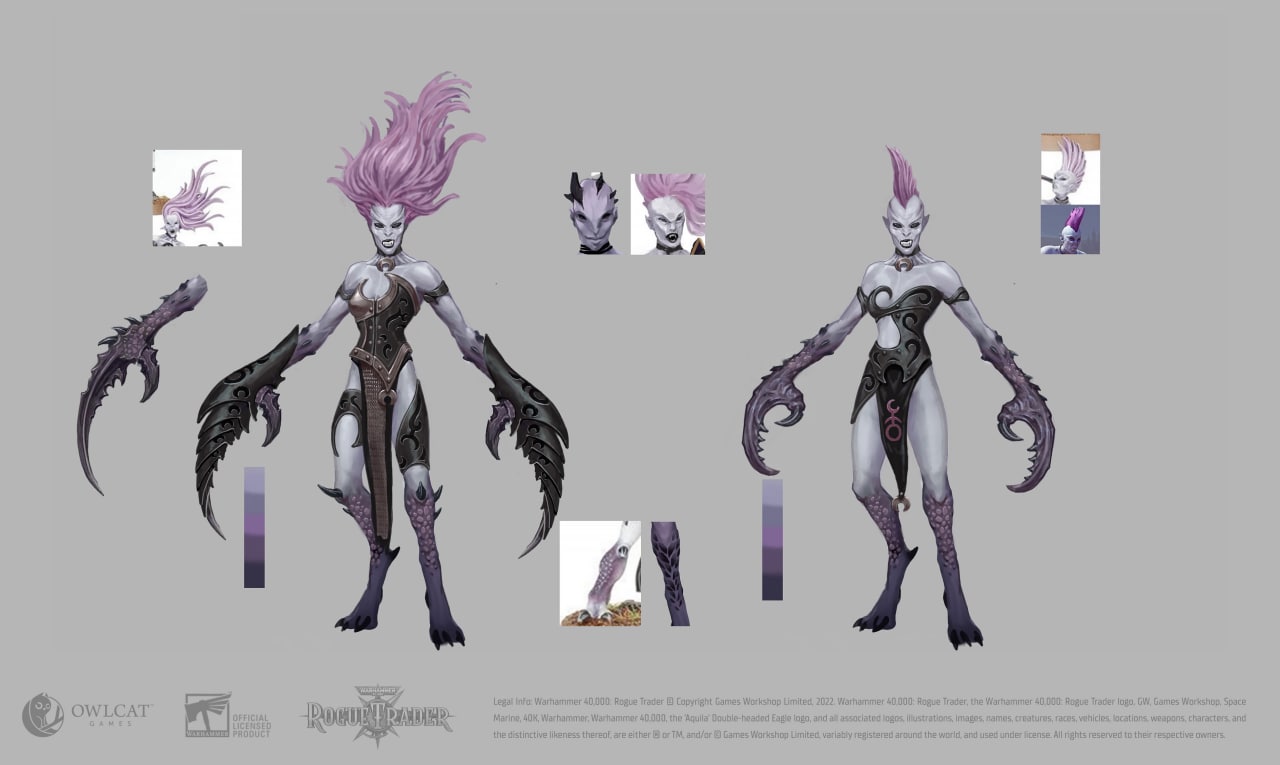 Daemonettes are the Maidens of She Who Thirsts, Slaanesh. On the battlefield, they will dance through a myriad of corpses, all the while singing twisted but beautiful songs praising the Dark Prince. And don’t forget their perfume and hypnosis, which force others to see them as the most perfect beings in the whole universe. 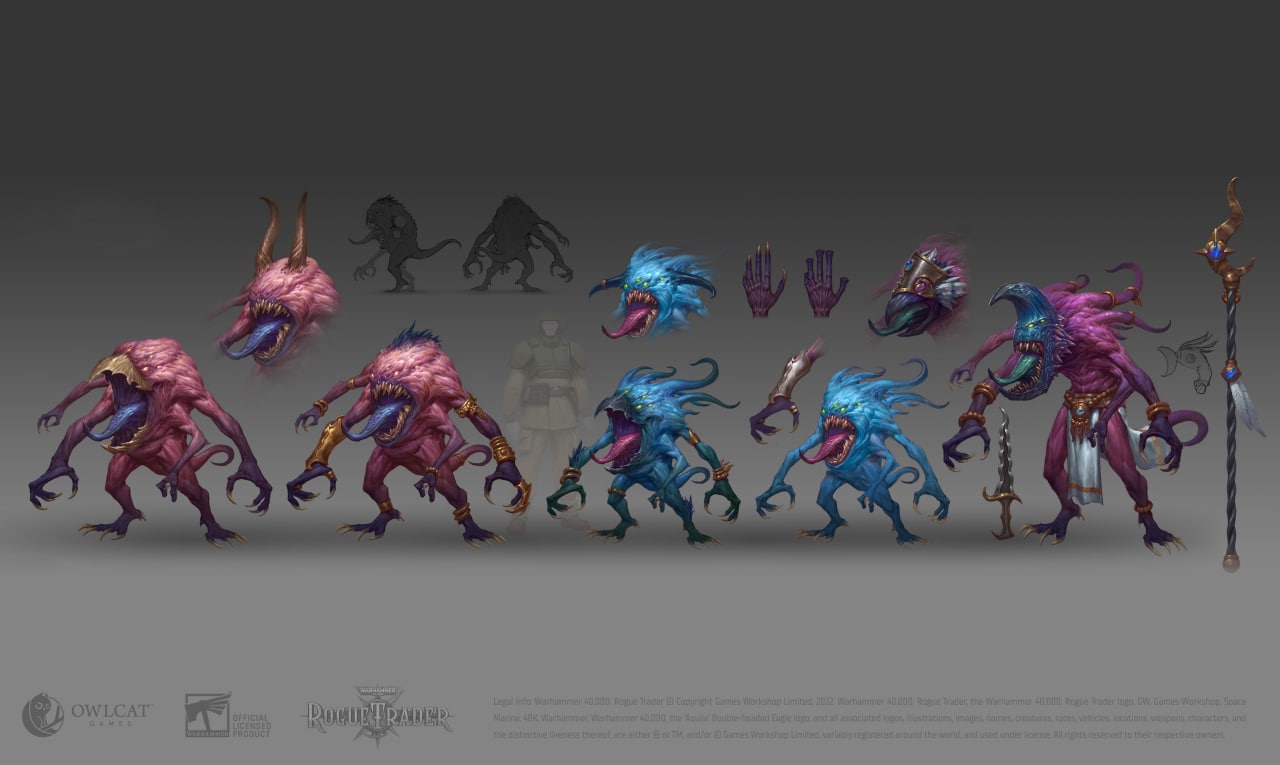 Pink Horrors are lesser Daemons of Tzeentch. But still, they are extremely dangerous as living incarnates of magic spells and sorcery. Even simply killing them is not enough, as they will just split into two new, lesser horrors. 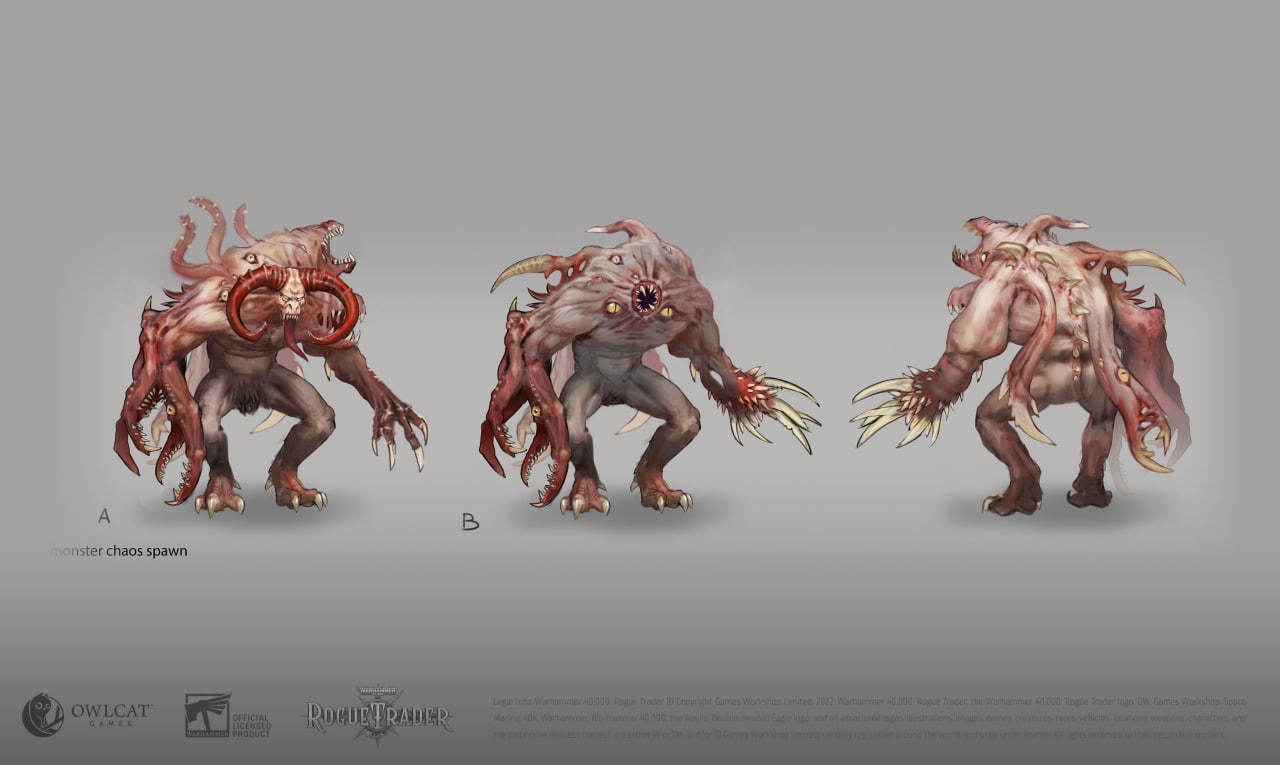 A spawn is a living example of someone being too successful. Mortals who seek immortality through ascension into daemonhood should be careful. One wrong step and the gods will transform you not into an all-powerful Daemon Prince, but into... this thing.

Daemons will not be alone. We have some really great stuff to share with you, quite soon even. Believe us when we say it: the Koronus Expanse will burn, and the veterans of the long war will make sure of it.

Also, we didn’t just show off some of your enemies – those “totally safe around kids” servants of the Machine God made an appearance too! 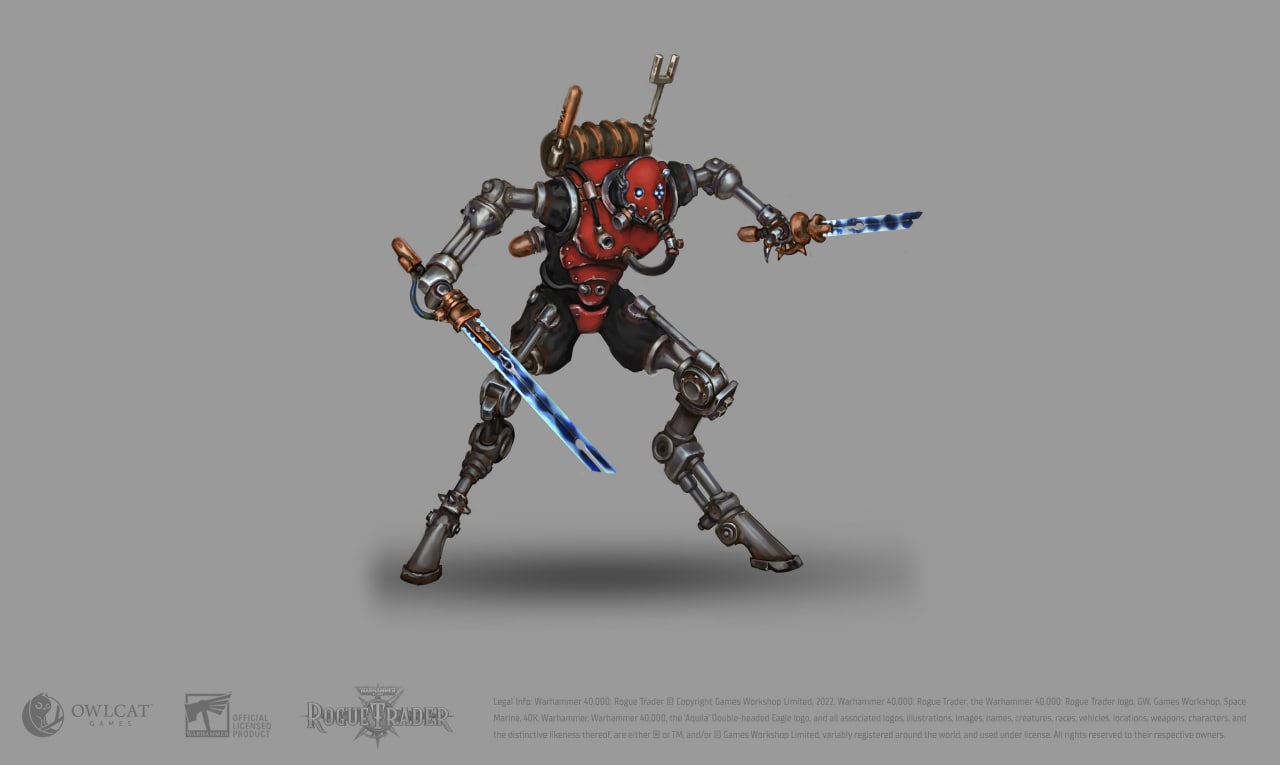 Sicarian Ruststalkers were first created as assassins of the Red Planet to hunt down feral servitors and individuals excommunicated from the Cult Mechanicus. Once they proved their value in this role, Ruststalkers were militarized. Now every forge world produces them en masse as shock troops and melee combat specialists. 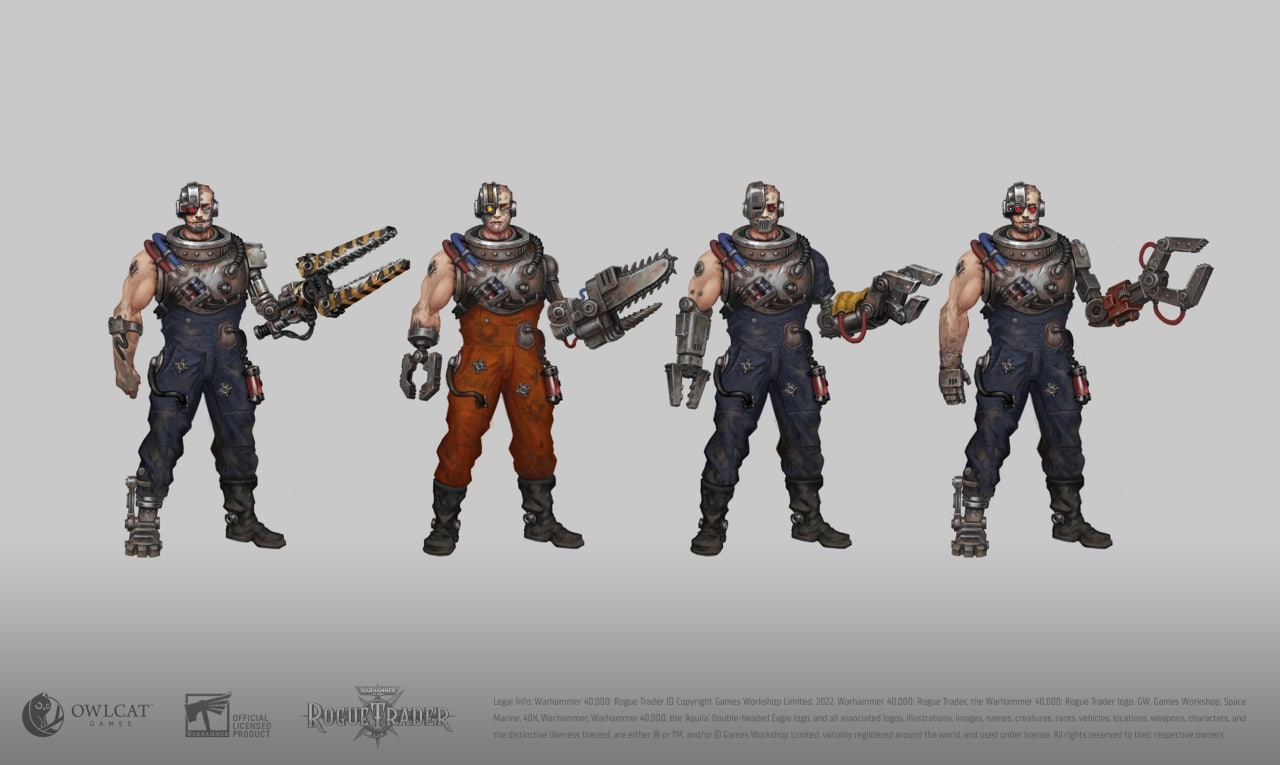 Once upon a time, Humanity had an... ugly moment with sentient AI. Since then, it’s been a great taboo in every part of the Imperium. So Mars came up with an equally good alternative – take a human being, cut their brain in half, and replace it with blessed tech. A nifty piece of engineering and problem-solving, if you ask us.

Heroes, friends, enemies... what else? Right, locations. We can’t reveal detailed plot backgrounds for them just yet, for spoiler reasons. But we think we all can agree that these look like good places to duke it out. 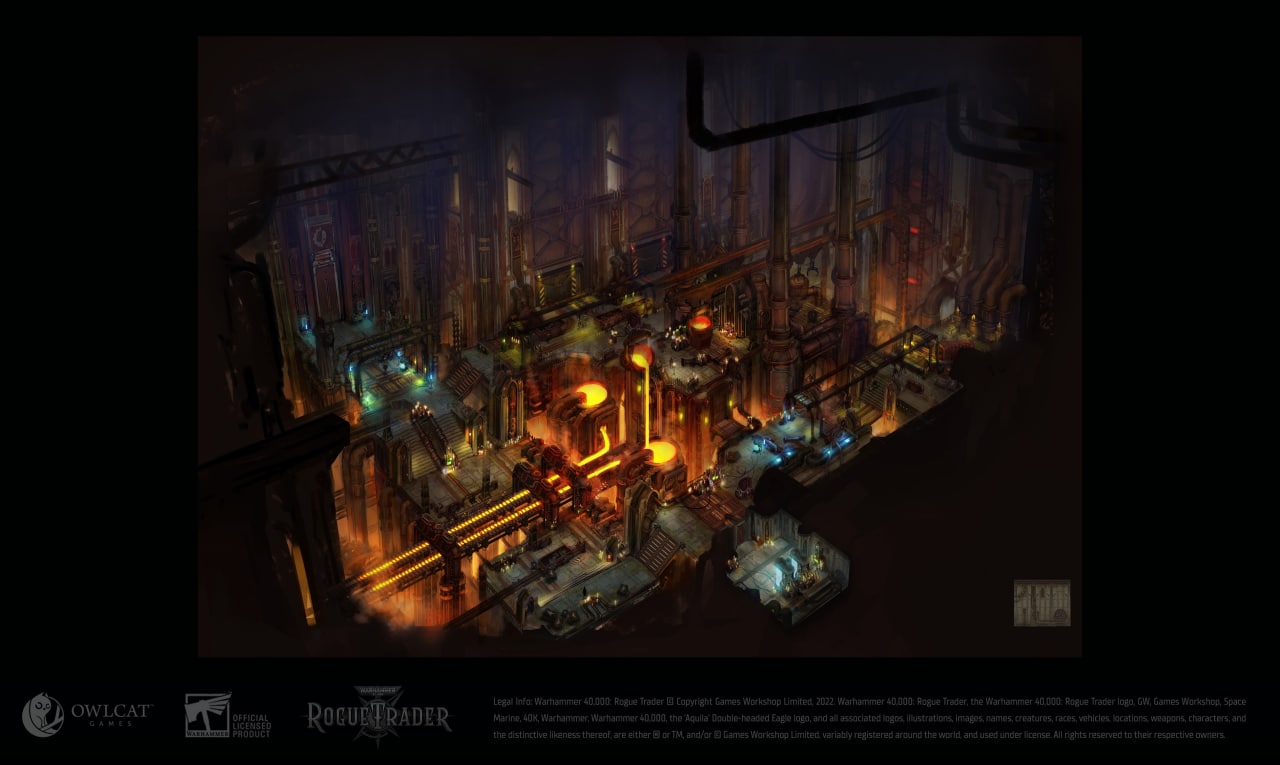 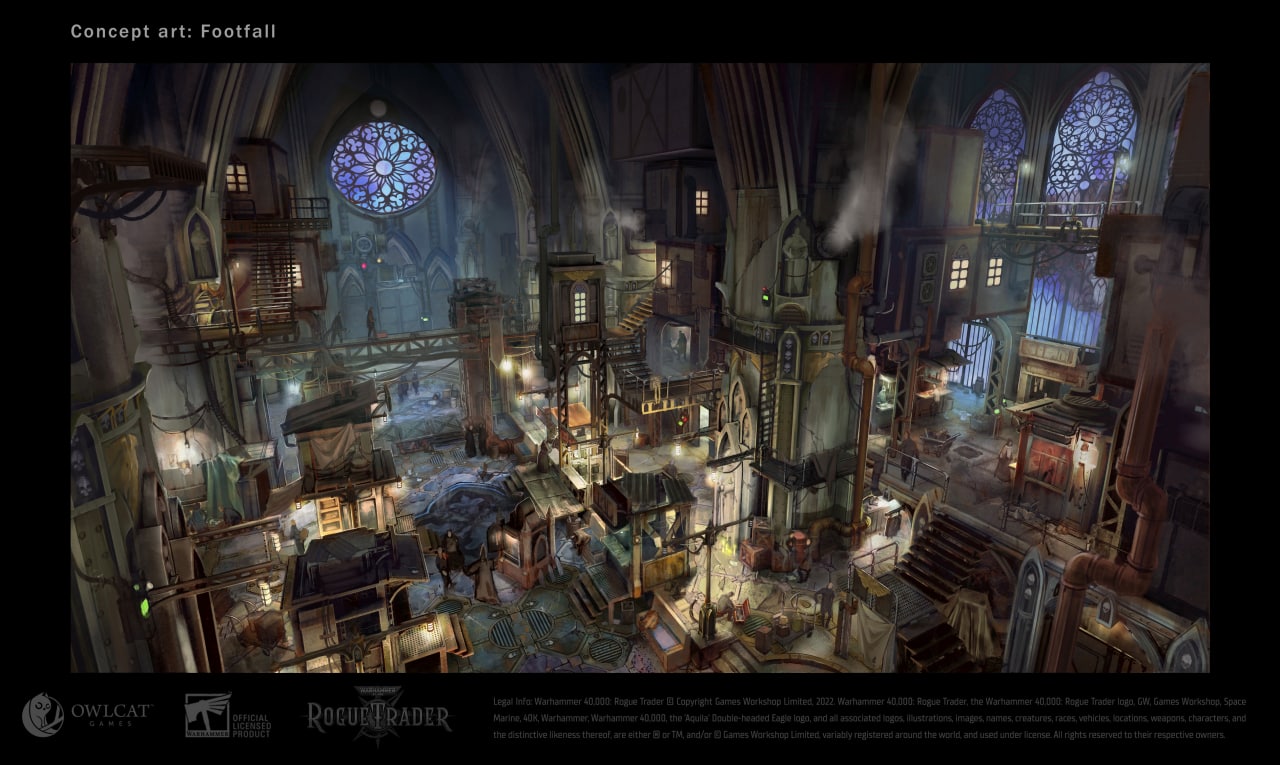 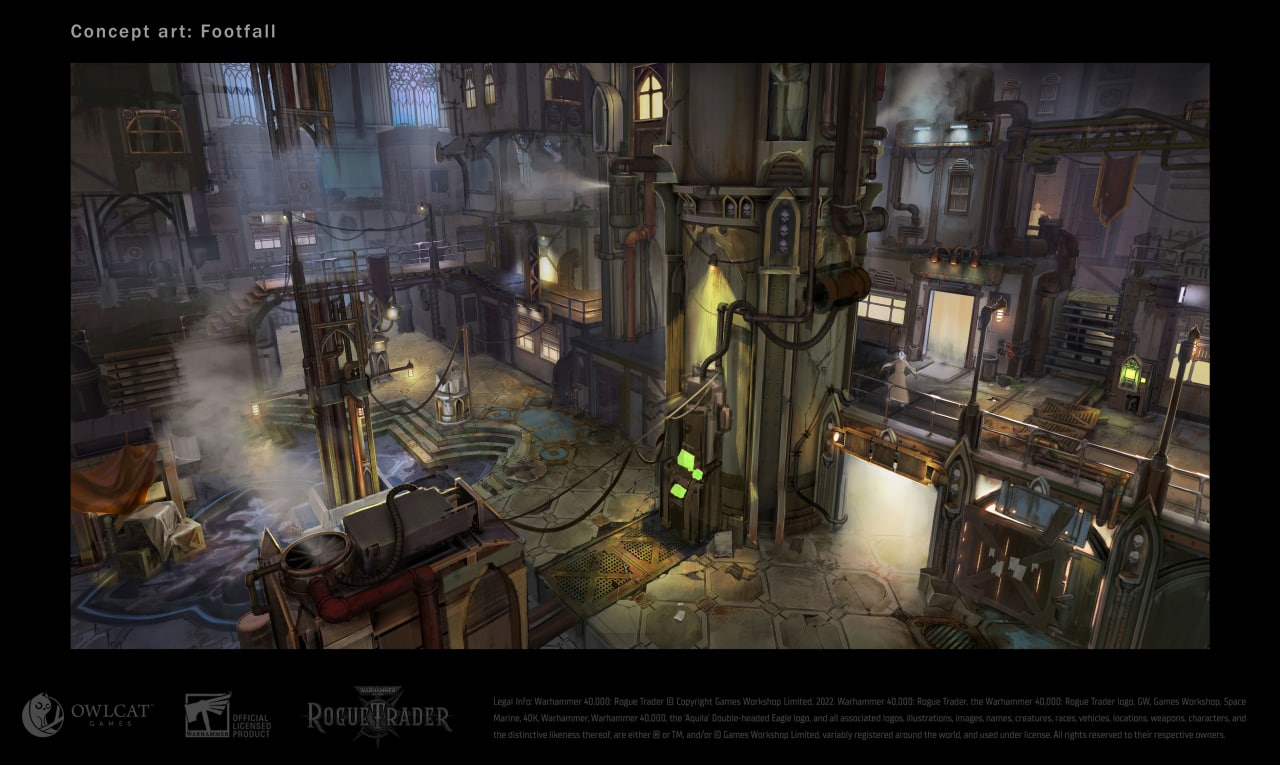 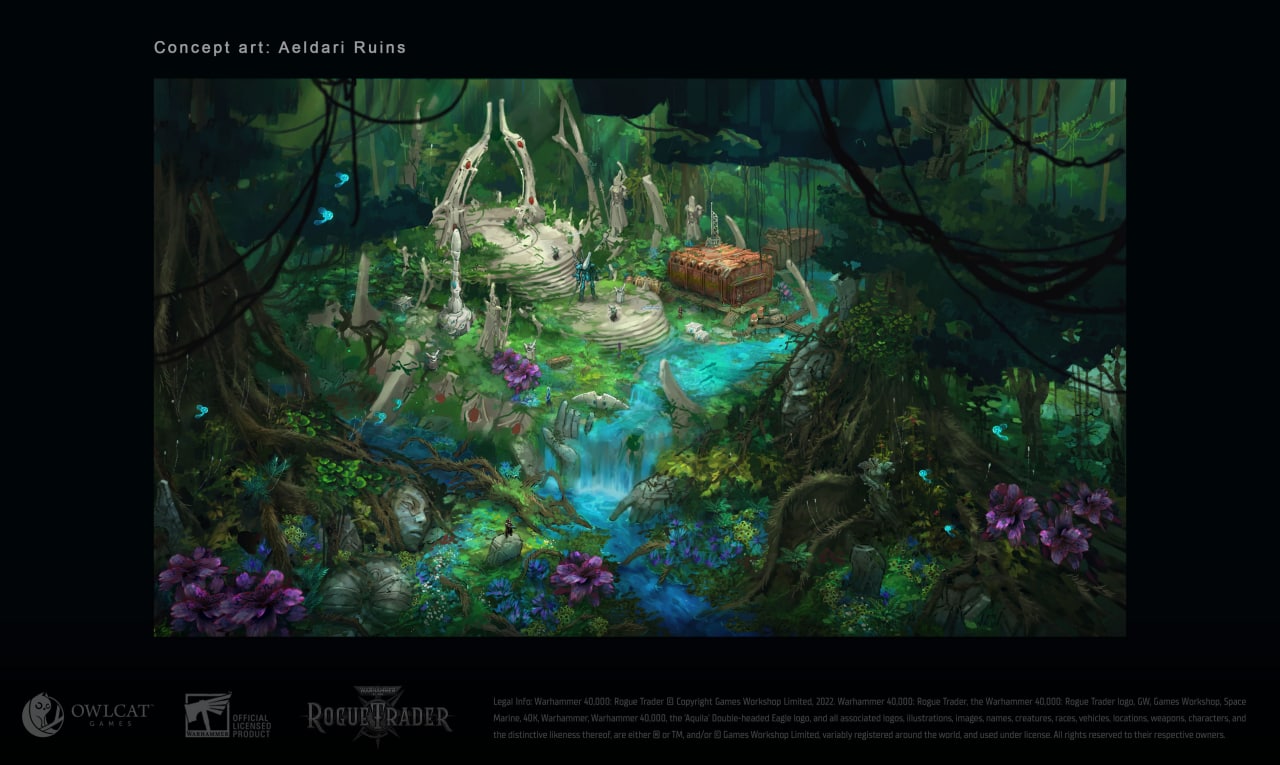 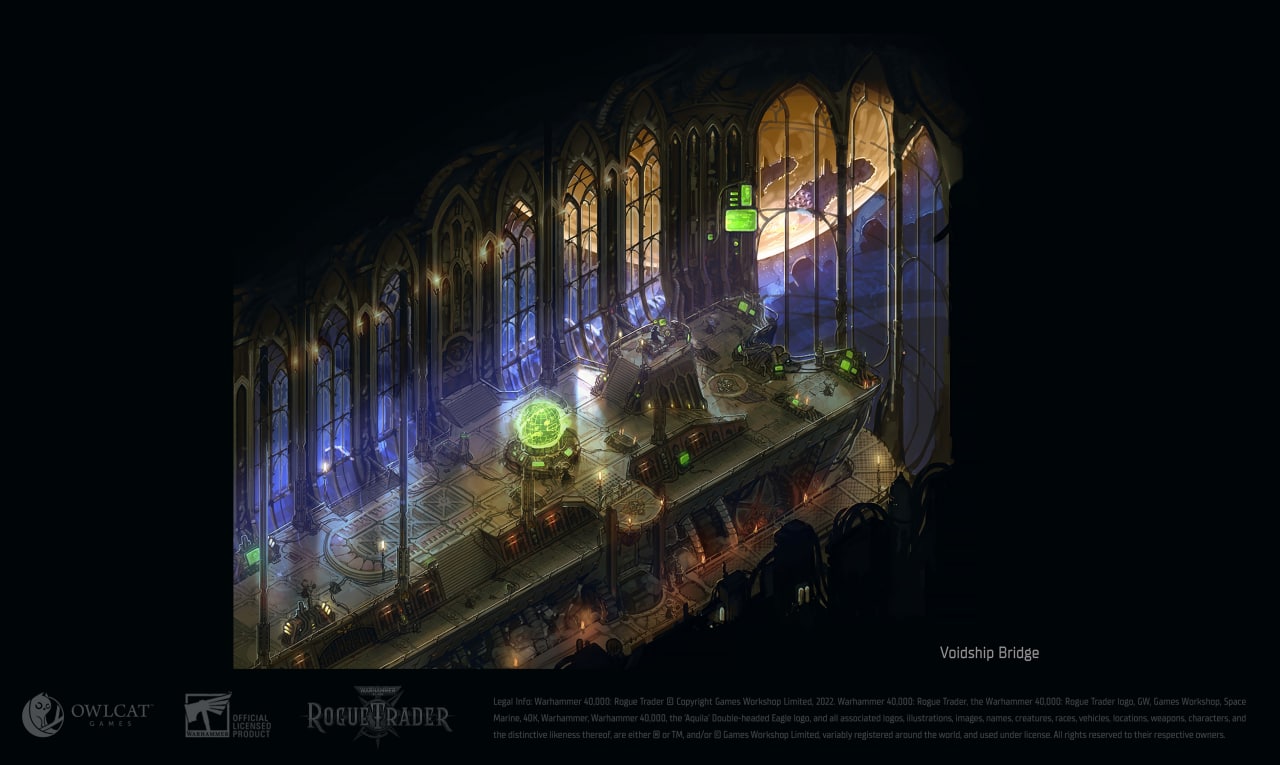 Last but not least, here are the weapons you will use to bring your personal justice to xenos, heretics, and whoever else tries to mess with your trade empire. 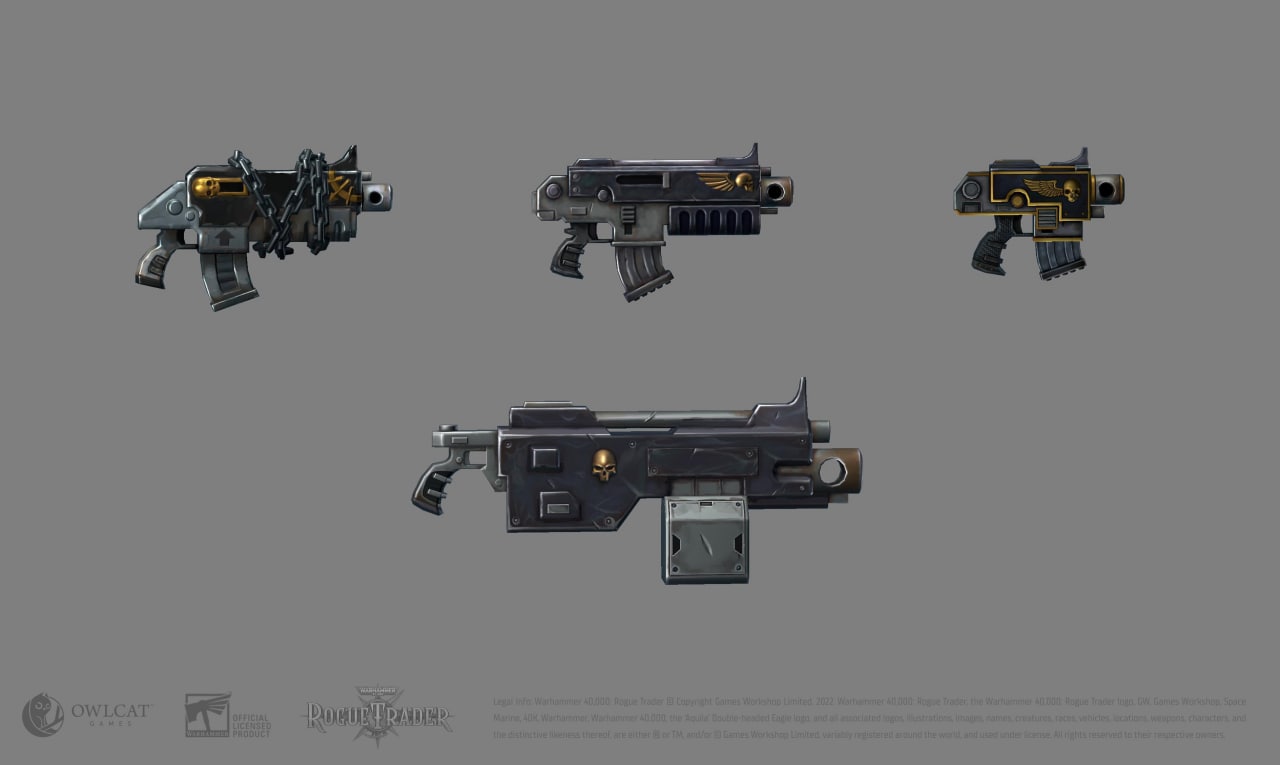 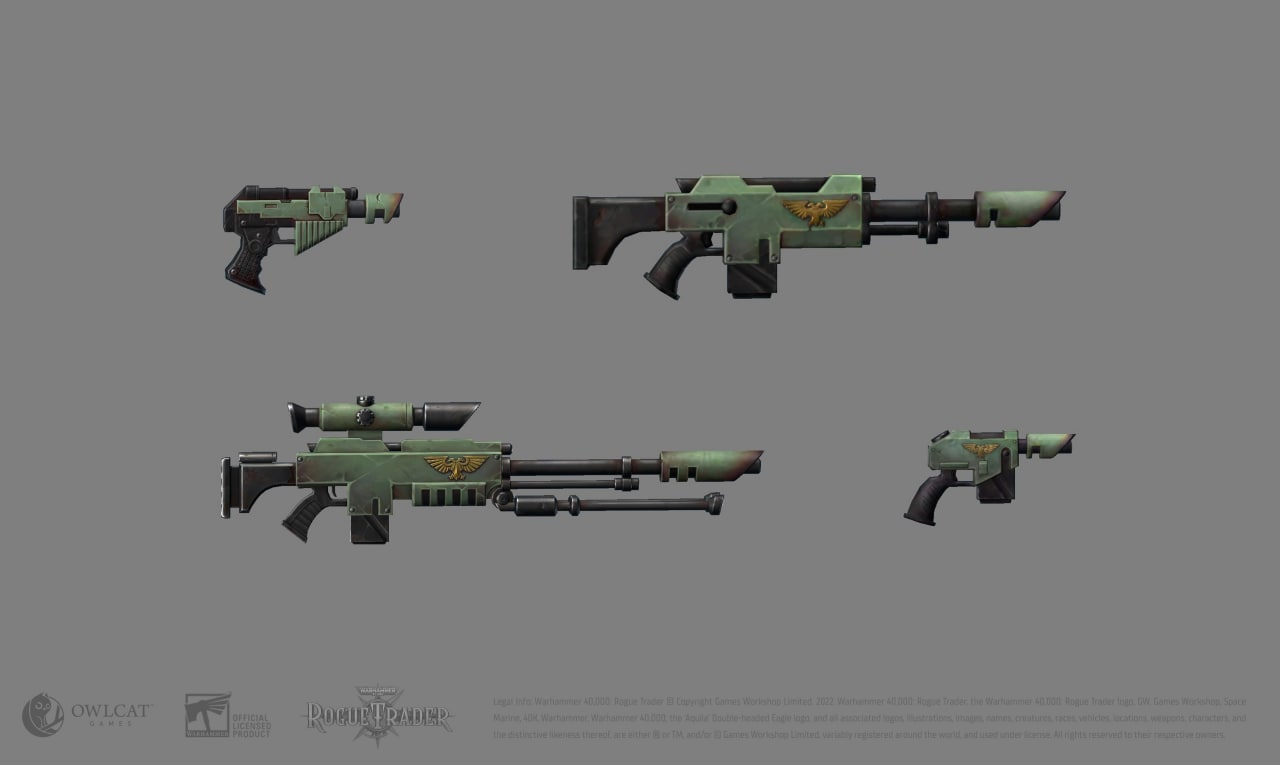 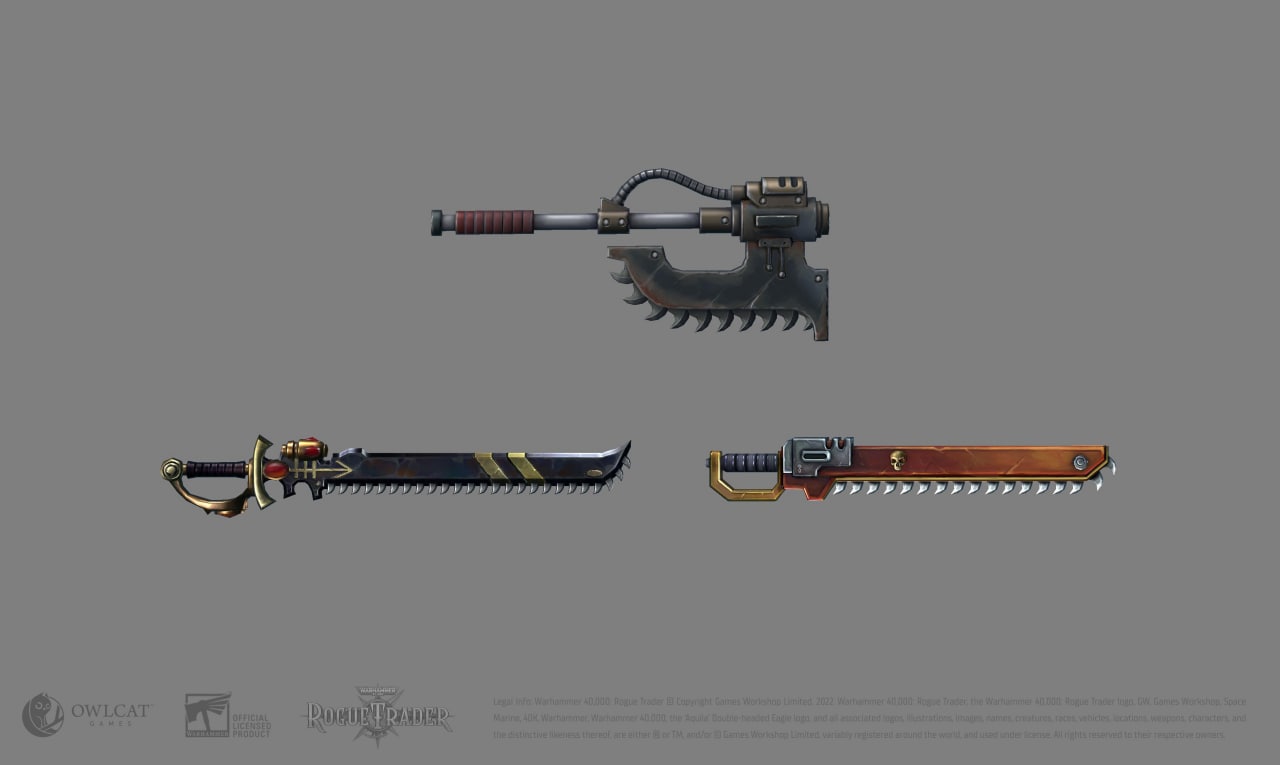 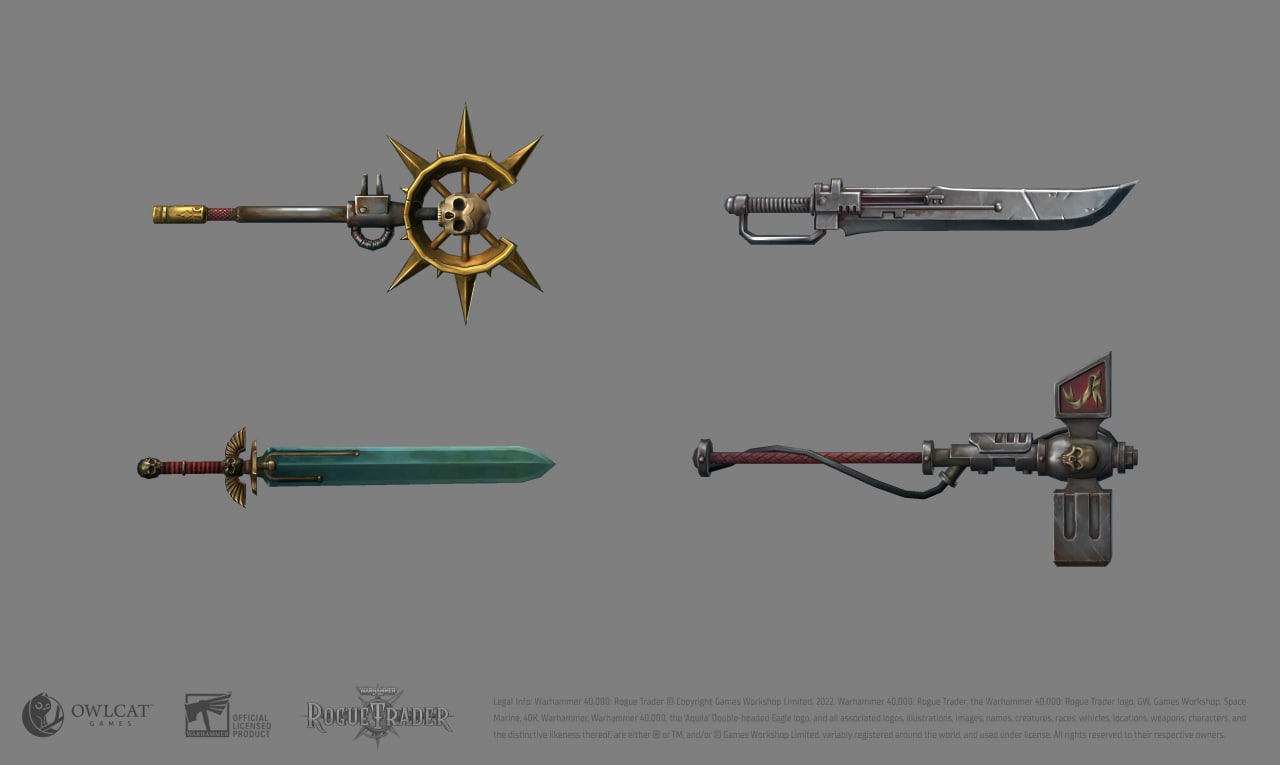 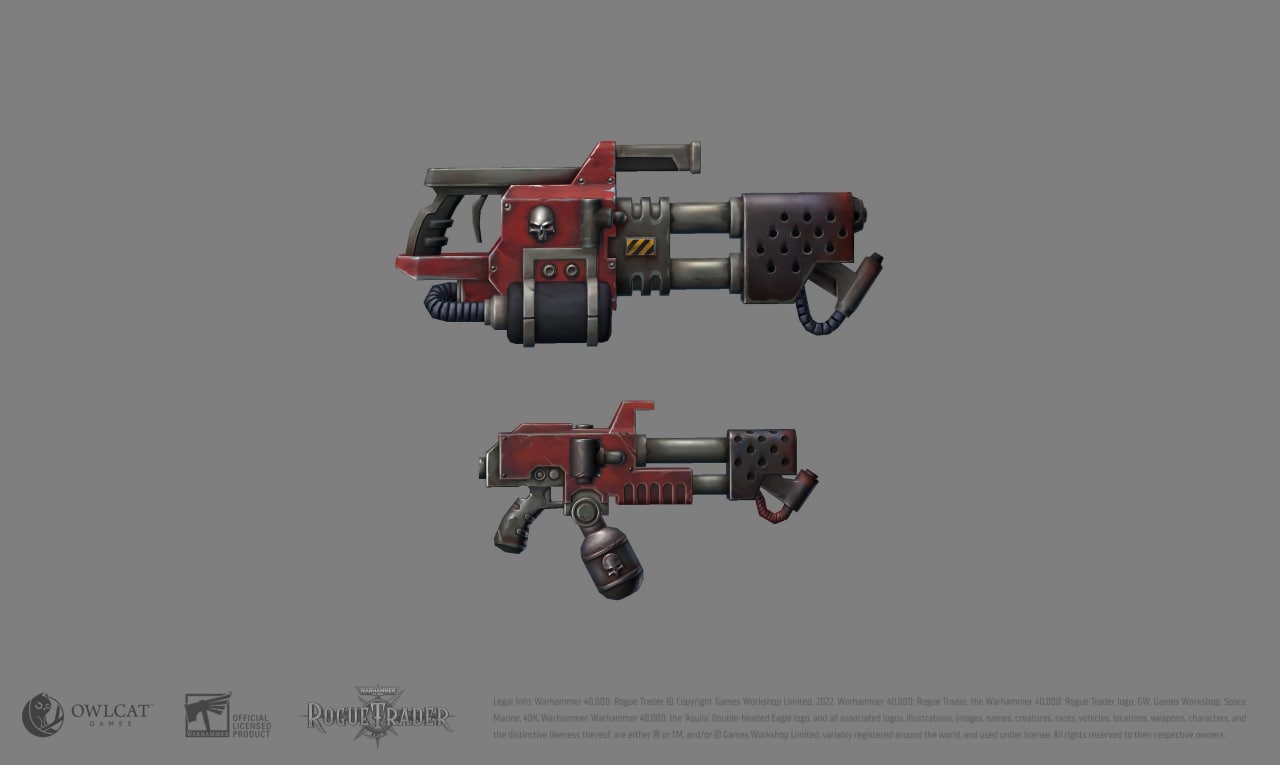 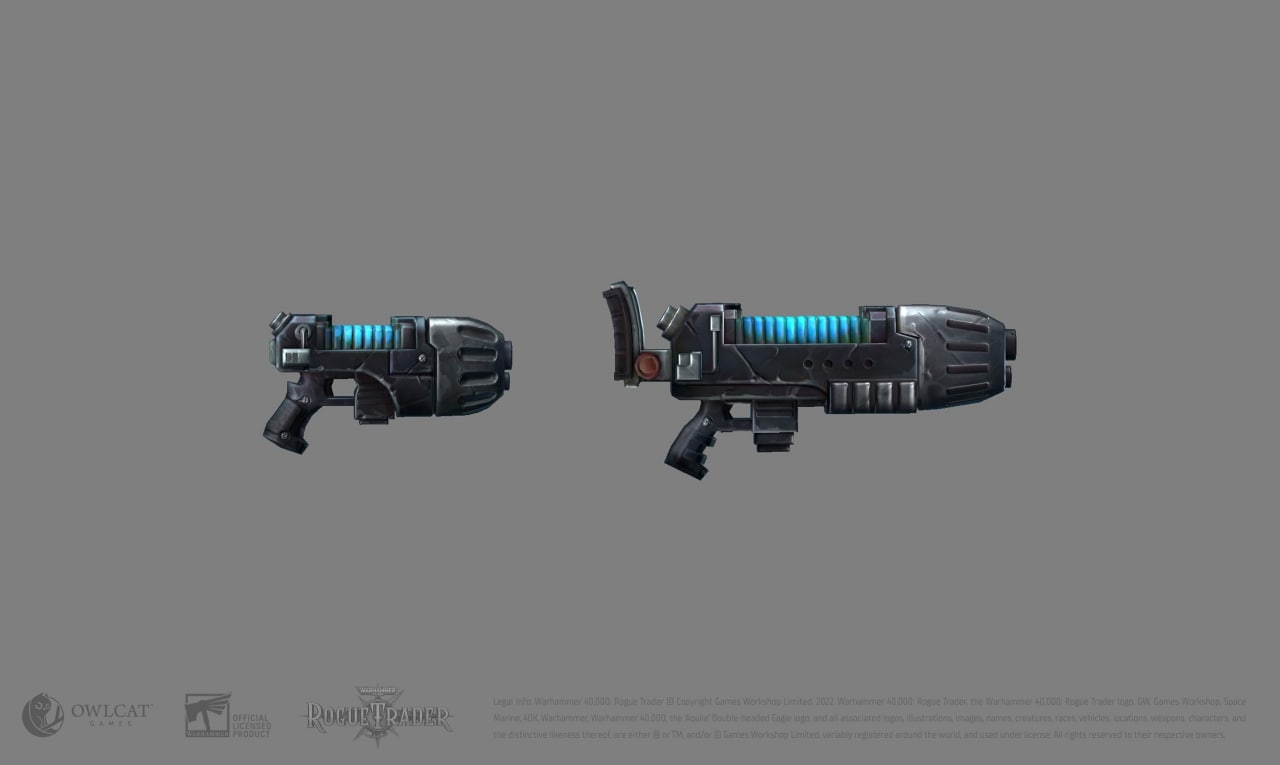 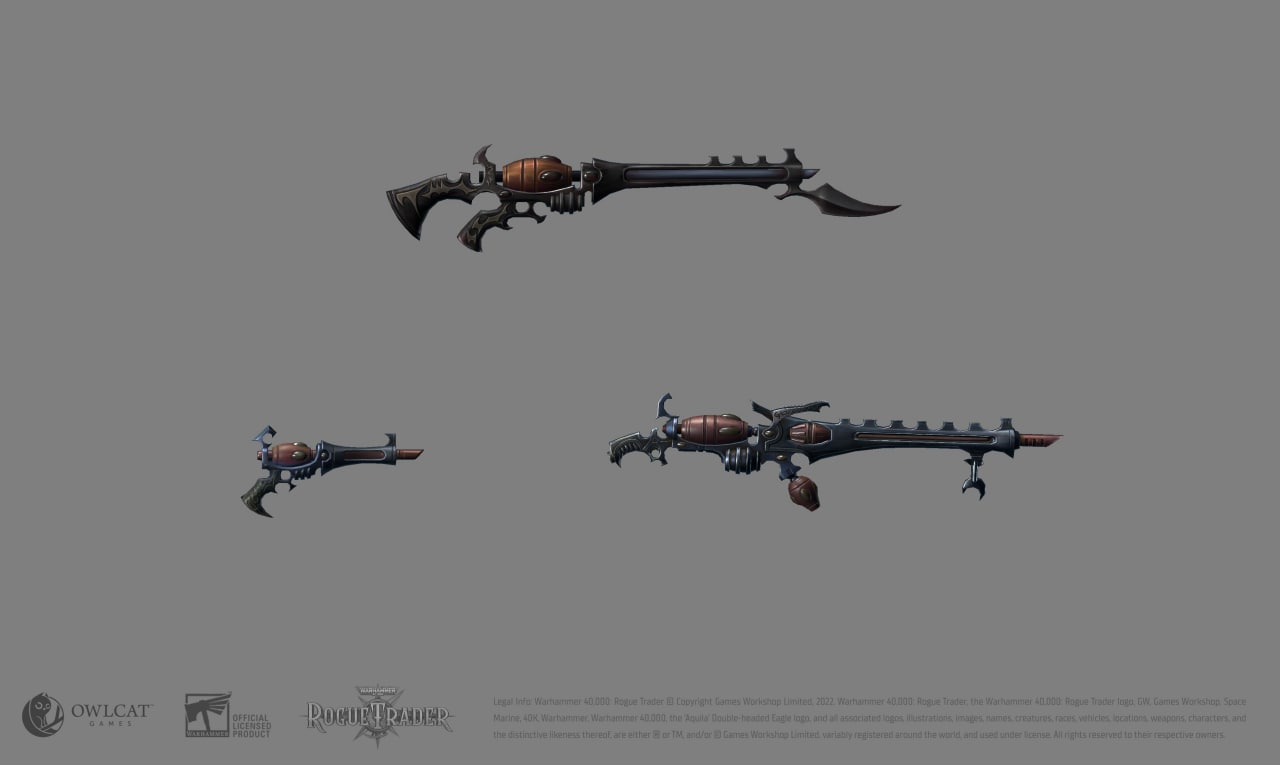 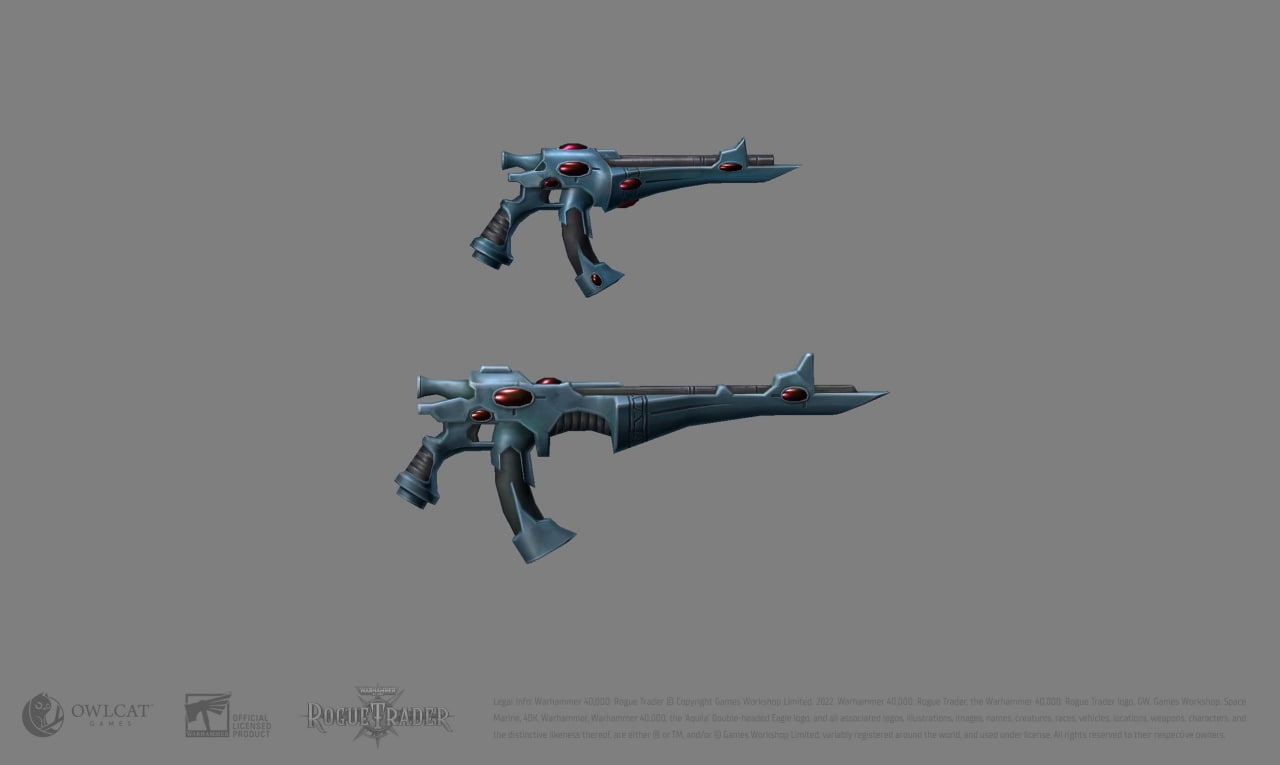 And here’s a video of how one of the Emperor’s tools was brought to life!

P.S. Oh, and if you want to have some fun – here’s a servo-skull performing classical music from the ancient ages of the third millennia.