Pasqal Haneumann: In a Cage of Digital Vows

Rogue Traders may be brave explorers of systems beyond the Imperium, but the privilege of pioneering uncharted space is not theirs alone. On their hunt for the mysteries of the universe, they are accompanied by the enormous fleets of the Explorators, which consist of countless battleships and research vessels steered by the Tech-Priests of the Adeptus Mechanicus. This religious organisation of scientists, engineers, soldiers, and artisans worships the Machine God, also known as the Omnissiah, and keeps the sacred mysteries of technology gifted by Him. Everything in the Imperium, from a common soldier's lasgun to the divine and deadly walking Titans, was crafted by the Adeptus Mechanicus. As they rule over thousands of forge worlds that supply Humanity with the tools to survive in an inhospitable universe, the scarlet-robed Tech-Priests' advance fleets explore the Imperium's outer limits: that is the mission of Explorators, who travel to the depths of the void to reclaim the gifts of the ancients, uncover long-buried secrets, and bring sacred Knowledge back from oblivion.

Pasqal Haneumann, bearer of the lofty title of Magos Explorator, has spent many decades on the march toward planets yet unknown and systems yet unconquered. His memory unit is now a treasury of priceless knowledge, unavailable even to the highest-born of the Imperium's aristocrats. He has been doing his duty to the Omnissiah while tempering his relentless craving for knowledge with discipline and loyalty to the precepts of his faith. And it was there, in the light of alien stars, that he confronted a most terrible enemy: dissent among his fellows, a schism that could shake the Imperium to its foundations. Pasqal stepped away from the Explorators' enterprise for years in order to ponder the dilemma he was facing.

However, a cryptic message from a former mentor made Pasqal abandon his duties and join a Rogue Trader's retinue. He hopes that the protection of such a powerful figure will help him find his venerable teacher and decide just how firm the boundaries of dogma are for a seeker of truth. Some revelations are painful, but Pasqal is prepared to endure anything for his thirst for knowledge. For such is the will of the Omnissiah. 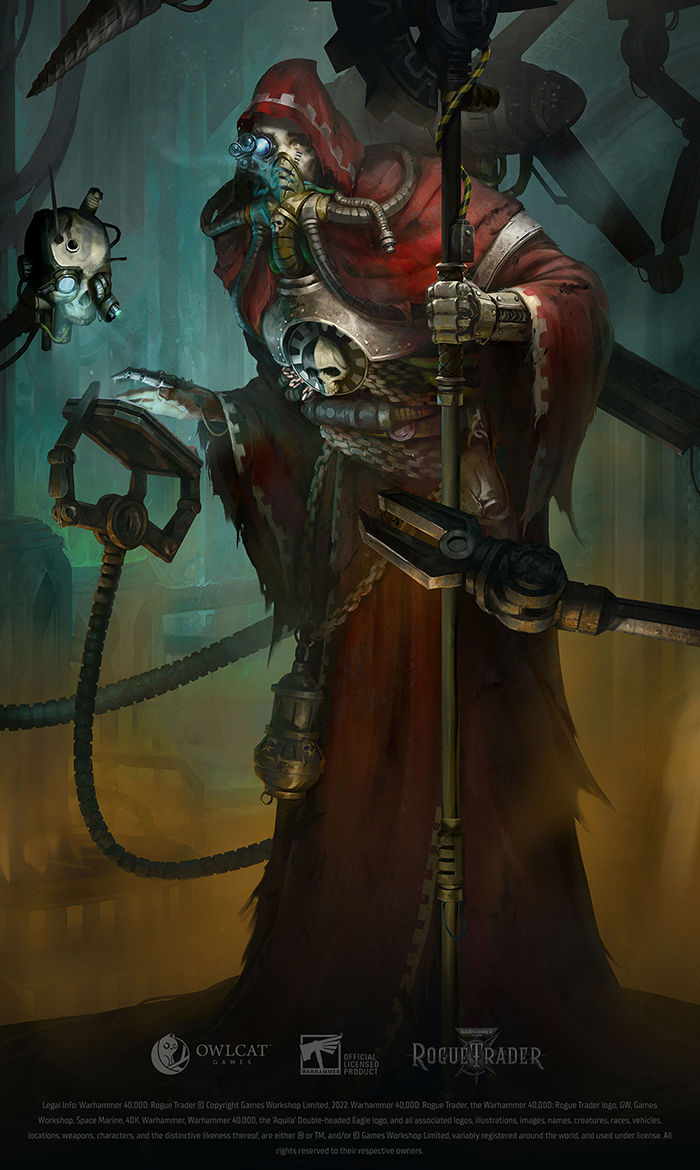