Many centuries ago, on its quest to conquer the stars, Mankind escaped the bounds of the Solar System to spread across the galaxy and bring the Emperor's word and will to its darkest reaches. But humans weren't the only ones to have found a home among the void. They encountered a multitude of alien races: villainous, enigmatic, and monstrous threats, all of which threatened Mankind’s survival. "Xenos" was the term used to describe these enemies of humanity, and the Imperium's deadly struggle against them has continued to this day, with no end in sight.

Loyal servants of the Emperor are prohibited from conducting any manner of business with aliens or their foul technologies, as the vigilant Inquisitors of the Ordo Xenos mercilessly stamp out heresy in all its forms. And even the basest of Underhive rabble have been taught since the day they were born that the alien is to be eliminated on sight. However, every rule has its exceptions. Rogue Traders are among the few servants of the Emperor who are permitted to interact with xenos, do business with them, and even tolerate aliens as part of their crew so that they may be used for the Imperium’s benefit. Yrliet Lanaevyss may be about to become one such xenos.

Yrliet is a proud Aeldari whose ancestors made journeying through the star-studded darkness their eternal calling. The children of Asuryan spend their long lives walking different Paths and perfecting their understanding of their own special calling, so that they may better fulfill their role in Aeldari society. Yrliet had been living on her planet-sized spaceship, known as a craftworld, for decades: long enough for her to grow restless and decide that her new Path was to take her to faraway and unfamiliar places. Having chosen to walk the Path of the Outcast, Yrliet left the enormous craftworld that her kin called home. She sought to blaze her own trail in a universe that would otherwise lie beyond the reach of Aeldari society, and she followed that desire to distant stars. However, new insights and experiences sometimes come at great cost – as Yrliet is about to discover.

As the darkest hour comes, Yrliet's and the Rogue Trader's paths cross and intertwine – and only the God-Emperor knows what this meeting of a xenos and a human will lead to. 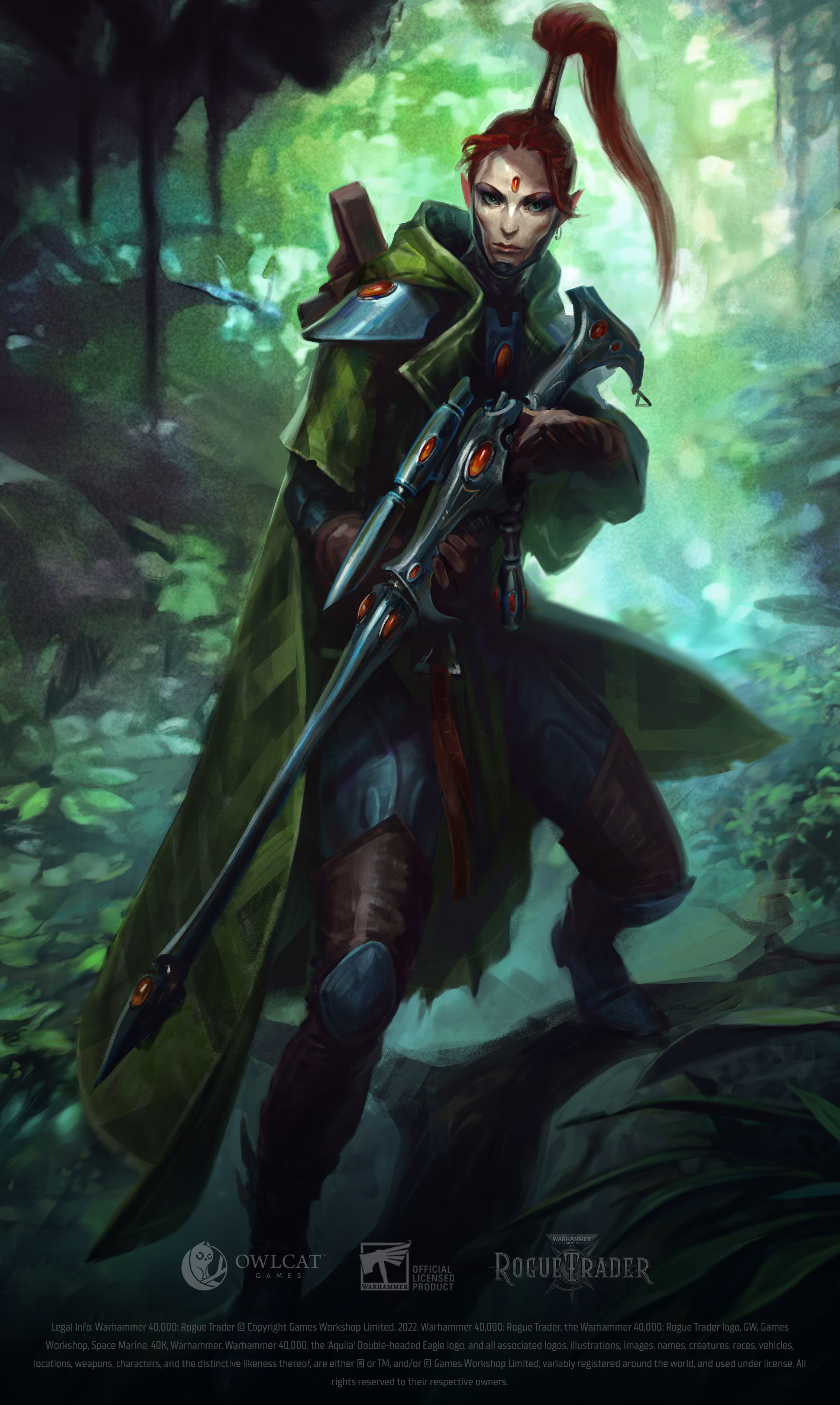