How to: Imperial Creed

While he walked among His people, the Emperor denied His own divinity, yet His final, eternal sacrifice and interment upon the Golden Throne served to prove His godhood to the bereaved masses. Eventually, the Emperor came to be worshipped by a staggering array of different groups, often possessed of highly divergent ideas regarding His life, death, and continued existence. It must be noted that seeds of this religion were sown by those who are now viewed as heretics of the highest order by the Imperium - the ultimate irony of the Imperial Creed.
It was perhaps inevitable that conflict should ensue between the divergent sects, but within a thousand years of the Emperor’s ascension, one had risen above them all. The Ecclesiarchy achieved dominance by a process of absorbing other groups, adapting doctrines, and forging links in order to make it appear they had been there all along - though the roots of their beliefs still go back to the time when even a mention of the Emperor’s divinity was prosecuted in a brutal fashion. 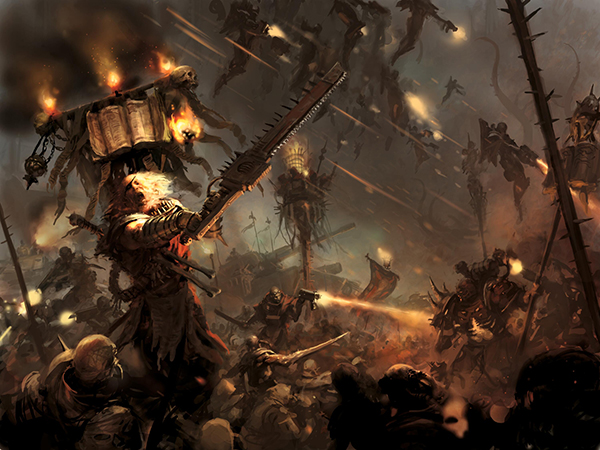 In the 41st Millennium, the Ecclesiarchy (known officially as the Adeptus Ministorum) holds sway over the hearts of all but a few of the Emperor’s subjects. It is a galaxy-spanning order based on Terra that holds a strong grip on the minds of the whole of Humanity - something the architects of the Imperial Creed could only have dreamed of before being cast out into the shadows.

Yet despite its deep-set roots and overbearing presence in the Imperium, the Adeptus Ministorum must constantly assert itself against those who would threaten or challenge its sanctity. Uprisings of the faithless are a constant scourge, as are traitor and xenos incursions onto shrine worlds. And when such hostilities pose a significant threat, the Ministorum deploys the Adepta Sororitas to eradicate the enemies of the faith. Without hesitation or mercy, they administer the wrath of the Ecclesiarchy to the enemies of Mankind, and by their deeds are malefic cabals of psykers, heretics, and mutants scoured from existence. 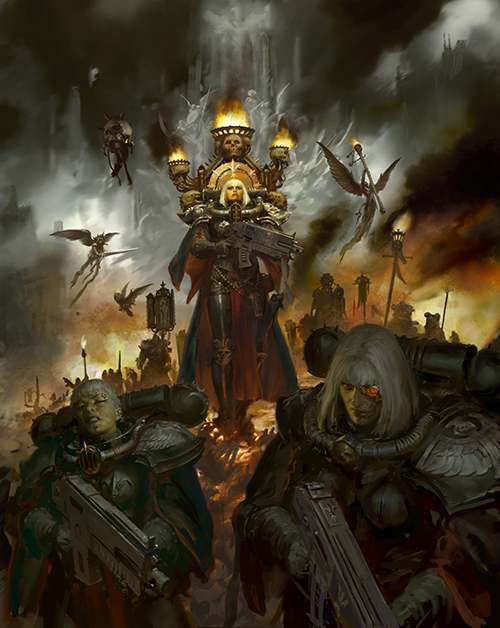 The Adepta Sororitas track their lineage back to the small cult known as the Daughters of the Emperor, members of which were entirely devoted to worship of the Emperor and maintaining inner purity. They studied the ancient arts of war, clearing their minds of worldly considerations in order to hone their battle skills over the course of a lifetime. They are both an obdurate military force and a beacon of faith, and with unflinching might, they crush all who oppose the will of the Ecclesiarchy or the sanctity of the Emperor’s domain. Where the Daughters of the Emperor formed but a single sect, the Adepta Sororitas comprise multiple Orders scattered across the galaxy, allowing them to combat threats to the faith wherever they arise.

The most widely known Orders of the Adepta Sororitas are the Orders Militant, also known as the Sisters of Battle. The warriors amongst their ranks dedicate themselves to achieving purity of spirit through martial perfection and follow the most stringent training regimes and doctrines. The number of Sisters who compose the Orders Militant pales in comparison to the sheer scale of soldiery wielded by the Astra Militarum, but the Adepta Sororitas boasts a degree of elite martial prowess that is almost unmatched amongst the Imperial Guard.

Alongside the Orders Militant are manifold non-militant Orders. Their duties include the provision of medical care both on and off the battlefield, interpretation of holy texts and cryptic xenos communiqués, as well as instructing the Imperium’s ruling elite in the correct implementation and practice of the Imperial Creed.

All in all, Sororitas, be they from Militant Orders or not, play a significant role in the life of the Imperium. We can not wait to introduce you to the one present in the Rogue Trader.

P.S. Not only will you meet her soon, but the servants of the Ruinous Powers are also waiting for their turn to burst into reality. Warriors of ancient age, coming to take what is theirs by birthright. 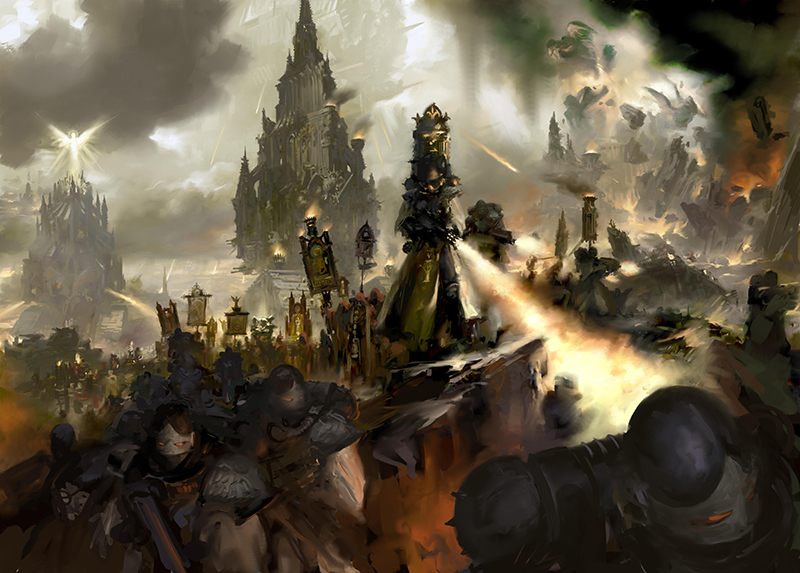