The terrible tread of gigantic Titans, the scream of drop pods entering the atmosphere – these are the sounds that make the hearts of heretics tremble. So too does prayer – the holy battle prayer of the Adepta Sororitas. Also known as the Sisters of Battle, these fierce and devoted women make up the militant arm of the Ecclesiarchy, the state church of the Imperium of Man.

The orphaned daughter of Imperial Guard officers, the child that would become Sister Argenta received harsh training in the Schola Progenium – the crucible of the Imperial military elite. Only one memory survived from before the ordeal of training – or was it merely a dream? In this vision, the girl saw grey ship hulls and dirty military camps, dank trenches, faceless people in Astra Militarum uniforms, the roar of a counterattack, the crescendo of her mother's heart-rending cry, broken by an ominous silence... and the golden Aquila lying among the ashes, so immaculate, so alien in this gloomy and bleak environment. The symbol of the God-Emperor of Mankind.

Somewhere in the malicious oceans of the warp, the Emperor was fighting the ruinous powers of Chaos. For the young orphan, He became a semantic constant, an object of worship, an impeccable role model, the reason she had survived hell. Guided by this shining symbol, sure that she had been chosen for some great, as yet unknown, purpose, the girl proved herself time and time again in the Schola and ascended to the ranks of the Adepta Sororitas. Her birth name was forgotten, replaced by a new one – Argenta, the name of a local saint worshipped in the Calixis Sector and the Koronus Expanse. A long and crooked path then led her to Footfall, where she was to join a small mission of her order to guard a holy reliquary.

It seems that Argenta lives and breathes for one purpose – to achieve perfection worthy of the Emperor's most faithful warriors. She is unstoppable, audacious – sometimes too audacious. The battlefield is her temple, and bolter rounds are the words of her fervent prayer. When she rushes into battle, the ship's bulkheads reverberate with the passion of her prayers, and her allies feel the surge of power.

But what led the young sister away from her duties as a guardian of the reliquary? Was it a holy epiphany or a fall from grace? This remains a tightly held secret… 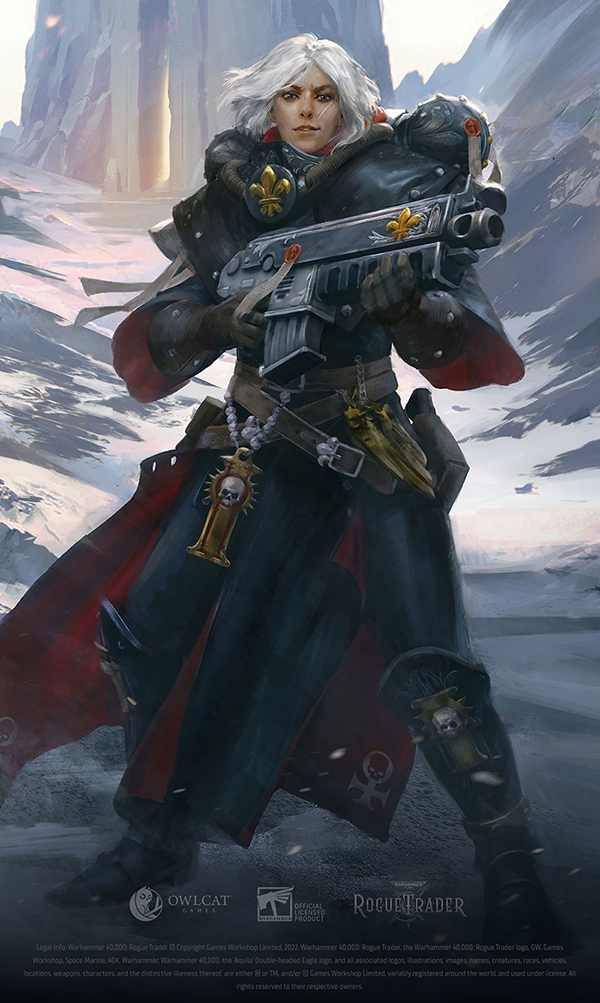